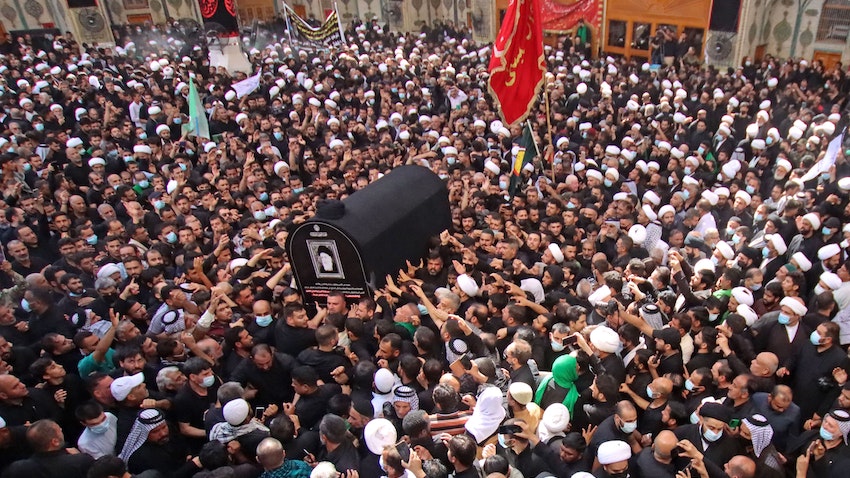 Mourners carry the coffin of Grand Ayatollah Muhammad Saeed Al-Hakim at his funeral in Najaf, Iraq on Sept. 5, 2021. (Photo via Getty Images)

With the passing of Grand Ayatollah Muhammad Saeed Al-Hakim (1936-2021), the quadrant of top Shiite clerics making up Iraq’s Marjaiya has lost one of its pillars.

85-year-old Hakim was notably the only Arab among the four top maraji in Najaf (plural of marja, literally meaning “reference”, as in a source of religious jurisprudence to follow). Grand Ayatollah Ali Al-Sistani, the cleric at the helm of the Marjaiya, was born in Iran. The other two maraji, Grand Ayatollahs Bashir Al-Najafi and Muhammad Al-Fayadh, were born in British India and Afghanistan respectively. After the partition of India, Bashir Najafi’s family migrated to Pakistan; he later left for Iraq.

Hakim hailed from a long lineage of top Shiite clerics. His father, Muhammad Ali Al-Hakim, was an ayatollah. The elder Hakim was in turn a nephew of Grand Ayatollah Muhsin Al-Hakim (1889-1970), once the head of the Marjaiya in Najaf....