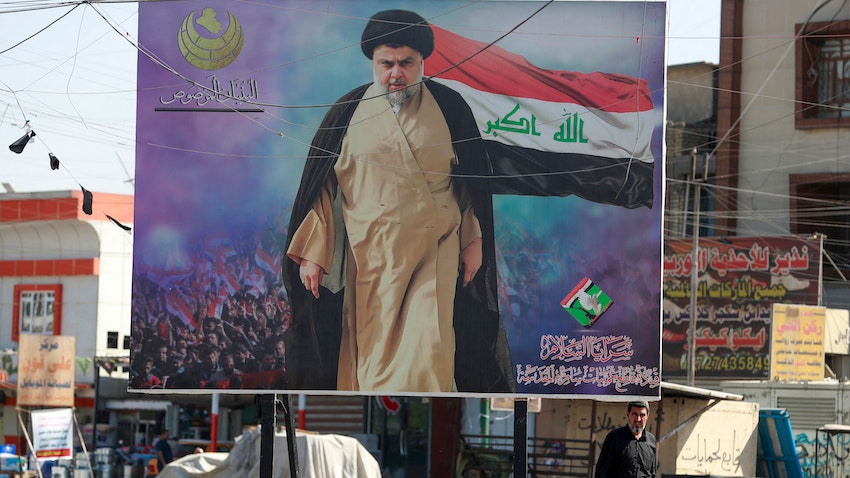 A poster of Shiite cleric Muqtada Al-Sadr in Sadr City in Baghdad, on Oct. 17, 2021. (Photo via Getty Images)

Grand Ayatollah Ali Al-Sistani is the supreme religious authority in the eyes of millions of Shiite Muslims in Iraq and beyond. Following the 2003 US-led invasion, he emerged as the single most influential voice in Iraqi society, and has over the years helped steer the country through multiple crises. In 2005, he guided his followers to support the new constitution.

And amid the chaos that followed the Islamic State group’s (IS) 2014 blitz in northern Iraq, it was an edict (fatwa) issued by the supreme Shiite religious authority which motivated tens of thousands of Iraqis to take up arms...