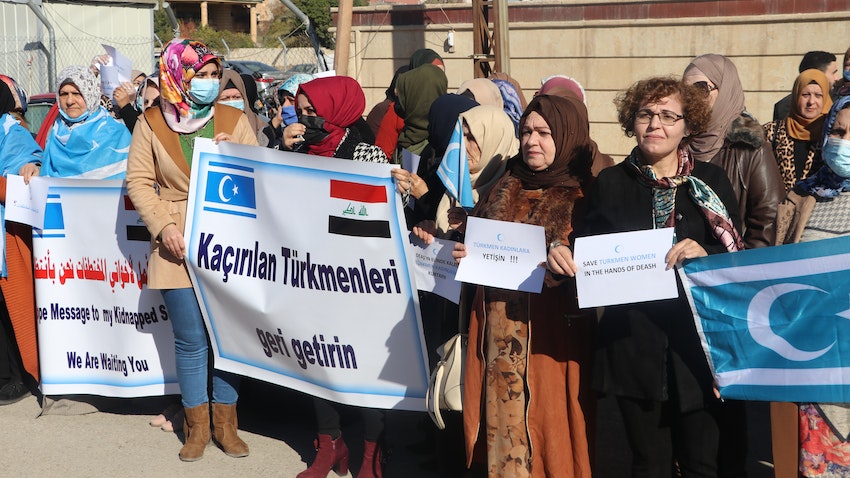 Iraqis call for government intervention to release Turkmen women kidnapped in Syria by IS, in Kirkuk, Iraq on Feb. 02, 2021. (Photo via Getty Images)

Zahraa—whose name Amwaj.media has changed—was just 17 when she was abducted by the Islamic State group (IS) along with other members of her family. Taken from the city of Tal Afar in the northern Nineveh Governorate, she is a member of Iraq’s Turkmen community, a minority group that suffered heavily under IS but whose struggles are often neglected.

There are an estimated 2.5M to 3M Turkmens in Iraq, making them the third-largest ethnic group after Arabs and Kurds, split evenly between Shiite and Sunni populations. They are distributed mainly in the country’s north, with Tal Afar considered the largest Turkmen center. Most members of the community are influenced by the customs, heritage, language, and traditions of other Turkic peoples.

When IS took large swathes of Iraqi territory in 2014, the group targeted religious minorities such as Yazidis and Christians, murdering thousands and abducting others into slavery. When the Sunni extremists captured Tal Afar and surrounding areas, they additionally kidnapped...