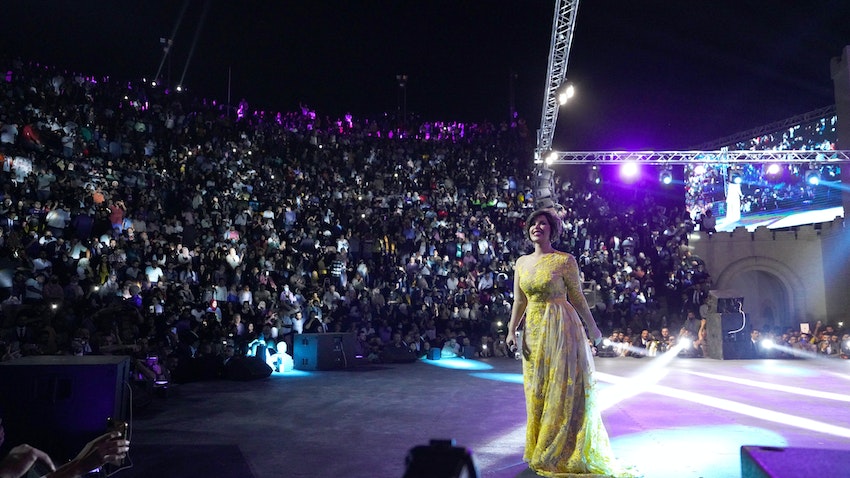 Kuwaiti singer Shams performs at the Babylon International Festival in the ancient city of Babylon, Iraq on Oct. 28, 2021. (Photo via Getty Images)

Showcasing an array of artistic, cultural, and musical events, the recent 15th Babylon International Festival gathered Iraqis and foreign visitors at the World Heritage-listed site. The five-day event, which ended earlier this month, delivered a message of peace and heralded the return of Iraqi art and culture after years of conflict. Entitled “From the Babylon civilization, we make life,” the festival delivered a message of peace, healing and promise for the future.

Originally launched in 1985 in Babil (Babylon) Governorate, approximately 100 km south of Baghdad, the Babylon festival was held every year up until the 2003 US-led invasion of Iraq. Celebrated for its capacity to bring together artists from the region and beyond, the event has long been a showpiece of Iraqi national pride. It holds added significance given its location. As a 4,000-year-old ancient metropolis and UNESCO World Heritage site, Babylon holds a special place in the eyes of Iraqis. Its standing within the cradle of early civilization connects it with the broader heritage of Iraqi culture and it remains a source of inspiration...