Bahraini activist continues to challenge authorities from behind bars 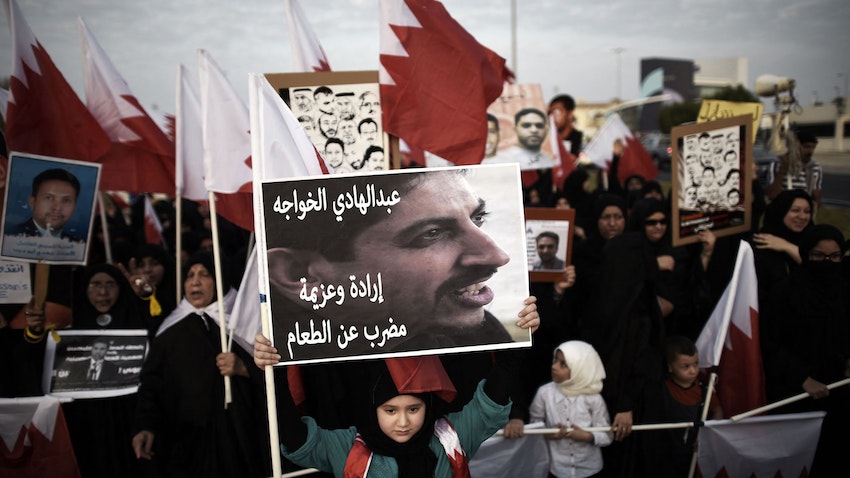 A Bahraini girl holds a portrait of jailed human rights activist Abdulhadi al-Khawaja during an anti-government protest near Manama, Bahrain on Sept. 5, 2014. (Photo via Getty Images)

Human rights defender Abdulhadi Al-Khawaja has been serving a lifetime sentence in Bahrain’s Jau Prison, known for its poor conditions, since 2011. He and 21 others were arrested and accused of plotting to overthrow the system of government and conspiring with a terrorist organization working for a foreign country during anti-government protests that rocked Bahrain during the Arab Spring. Khawaja has remained a target for the government ever since, and a thorn in its side.

Khawaja is a renowned rights activist, having served as Frontline Defenders’ Middle East and North Africa protection coordinator. He is also the former head of the Bahrain Center for Human Rights and the founder of the Gulf Centre for Human Rights (GC4HR).

Khawaja’s activism has been recognised internationally. In 2012, he received the Politikens Frihedspris and the Freedom House Award. The following year he won the Dignity organization’s “A World without Torture” award in recognition of his fight for...