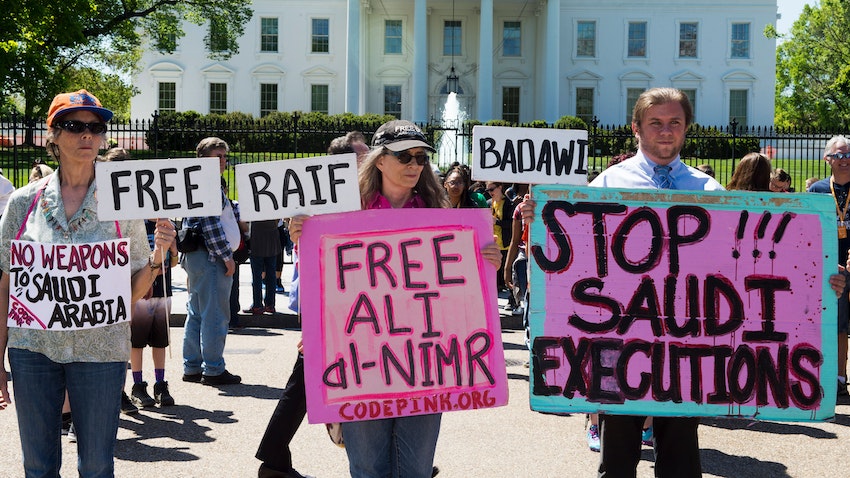 Protestors march in front of the White House to bring attention to the plight of Ali Al-Nimr, Dawood Al-Marhoon, and Abdullah Al-Zaher in Washington DC, US on Apr. 20, 2016. (Photo via Getty Images)

Saudi authorities have finally released Ali Al-Nimr, after serving a decade behind bars for participating in Arab Spring protests in the country’s Shiite-majority Eastern Province in 2011. Following his release, Amnesty International tweeted that Nimr’s return to his family concluded “a 10-year tragedy after the Saudi authorities arrested him when he was a child.” Concerns remain for Dawoud Al-Marhoon and Abdullah Al-Zaher who, like Nimr, were detained as minors and are still serving 10-year sentences. This comes as Nimr’s father, Mohammed Baqir Al-Nimr, has called on the Saudi leadership to issue a general amnesty for all detainees.

Nimr is a nephew of the prominent Shiite cleric Nimr Al-Nimr, who was arrested in 2012 on charges of inciting sectarianism. The prominent dissident was executed on Jan. 2, 2016 for alleged “foreign meddling.” As the imam of the Al-Awamiyah mosque in the town of Qatif—a stronghold of Saudi Arabia’s Shiite minority—Nimr was an influential figure. He was an outspoken supporter of the anti-government protests, which took aim at the discrimination and imprisonment of members of the Shiite community. Popular among the country’s Shiite youth, his arrest sparked days of protests during which three people were killed...