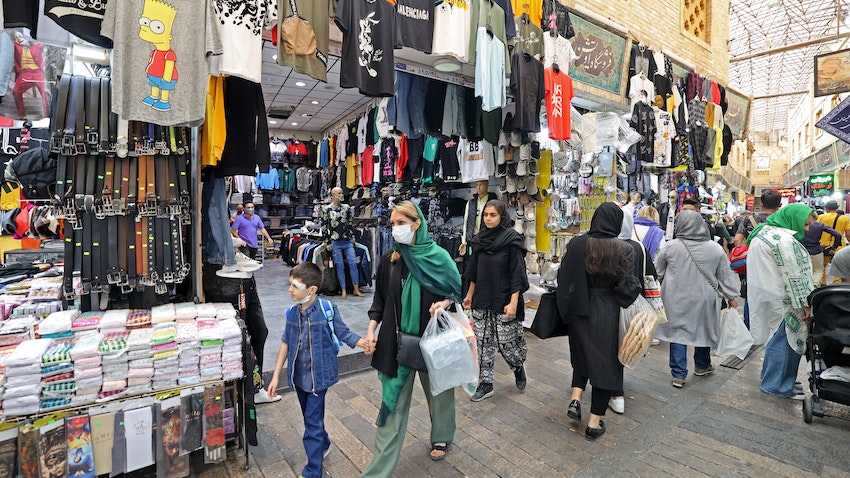 Iranians shopping at the Tajrish bazaar in Tehran, Iran on Oct. 2, 2022. (Photo via Getty Images)

Iran is in the grip of an unprecedented era of high inflation. 2022 was the fourth consecutive year with annual inflation of higher than 30%, eating heavily into purchasing power and worsening poverty. So far, the Ebrahim Raisi administration’s subsidy reforms have not produced the desired results and an ever growing budget deficit is generating further inflationary impulses. What does this prolonged phase of decline mean for the trajectory of the Iranian economy, particularly as it is now accompanied by a wave of social protests?

First and foremost, there is no doubt that the current protests will deepen the country’s economic crisis. The unrest has both quantitative and qualitative costs for the economy and the eventual impact will depend on how long the current upheaval will be sustained and what events it may involve such as strikes, Internet shutdowns and mass arrests.

From a socioeconomic point of view, the most significant phenomenon that Iran currently faces is poverty which in turn has compelled many to join the protests. The prolonged inflationary phase has increased poverty to high levels, in sharp contrast with...