Drones aside, Iran is unlikely to be Russia's panacea 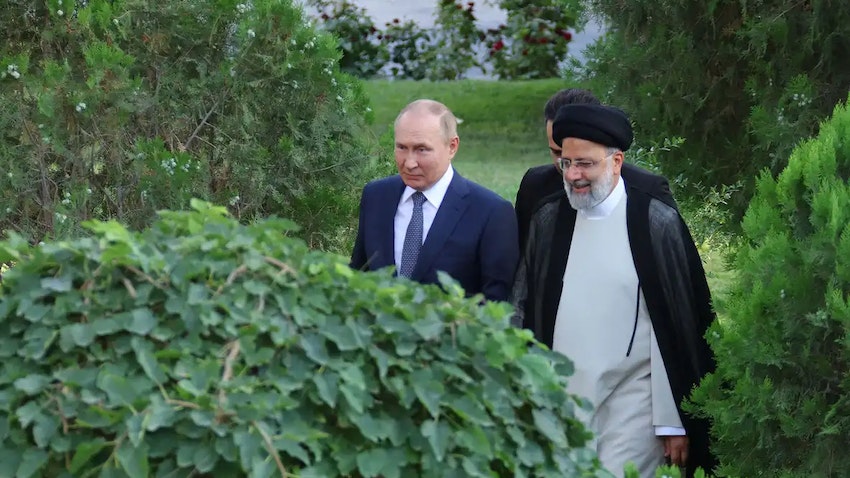 Moscow has looked to its non-western partners for support after western countries launched a campaign of isolation and sanctions against Russia over its Feb. 2022 invasion of Ukraine. Russian officials including Foreign Minister Sergei Lavrov have highlighted how Iran-Russia cooperation can be mutually beneficial to the two sanctions-hit countries. A large catalyst of these claims are Moscow’s attempts to show a domestic audience that it is not alone in the world. But recent developments have shown there is also some substance behind statements of a growing partnership with the Islamic Republic.

Russian authorities have sought to use Iran as an option to bypass their isolation with the increased bilateral cooperation already leading to some notable initiatives.

Iran plans to export car parts and vehicles to Russia, and also provide it with parts for civil airplanes. Two energy giants, the Russian state-owned Gazprom and the National Iranian Oil Company, in July