Iraq/PoliticsA correspondent on the ground 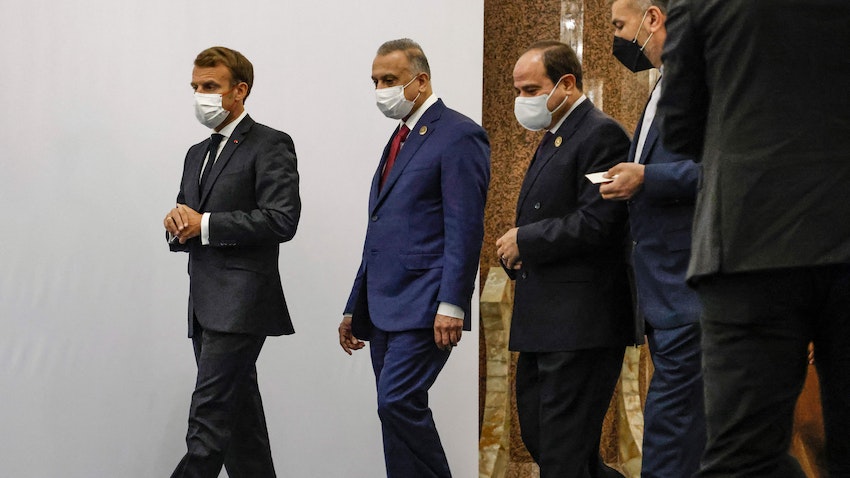 A photoshoot bringing together Saudi Foreign Minister Faisal bin Farhan Al Saud and Iran’s new chief diplomat Hossein Amir-Abdollahian would have been a major media achievement for the recent regional summit in Baghdad. Iraqi Prime Minister Mustafa Al-Kadhimi invested major political capital in the Aug. 28 summit—particularly as it came ahead of the upcoming Oct. parliamentary elections—in line with his efforts to groom an image as a trusted interlocutor.

But Amir-Abdollahian’s decision to violate protocol during the conference family photo, standing in the first row—alongside heads of government and state rather than other foreign ministers in the second row—had implications on several fronts, an informed political source close to the Iraqi government told Amwaj.media...