Does the GCC want Afghan refugees? 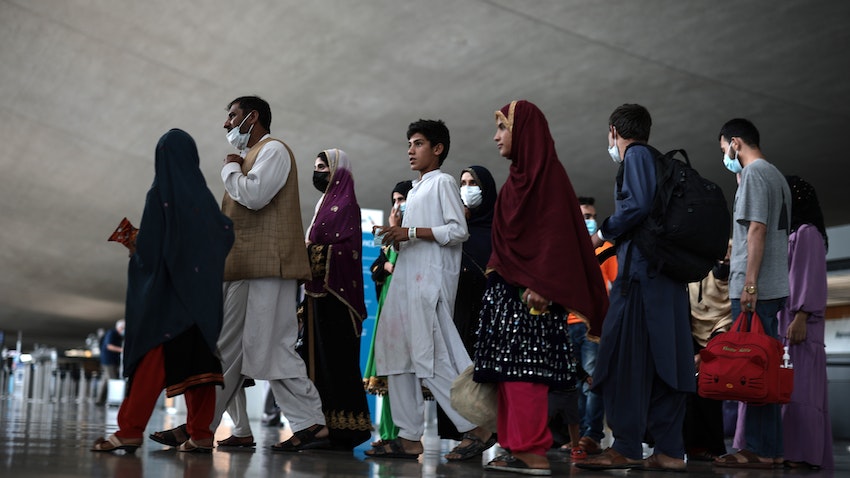 Afghan refugees walk through the departure terminal at Dulles International Airport in Virginia, USA on Aug. 31, 2021. (Photo via Getty Images)

The fall of towns and cities across Afghanistan to the Taliban was sudden and swift. As a result, thousands of people who either grew accustomed to the system established by the democratically elected government or worked with the United States at some point over the past 20 years have been forced to flee their homes. All of this has brought Afghanistan back into chaos after years of US claims that it brought the country peace and stability and helped it to build its political, economic and legal foundations.

In the maelstrom of the subsequent evacuation of foreign forces and diplomatic personnel, western countries have put pressure on their Gulf Arab allies to provide assistance with the evacuation and hosting of fleeing Afghans. But do Gulf Cooperation Council (GCC) member states actually want to get involved in managing the refugee flows caused by the US failure in Afghanistan?