Has Iraq’s Sadr entered confrontation with the international community? 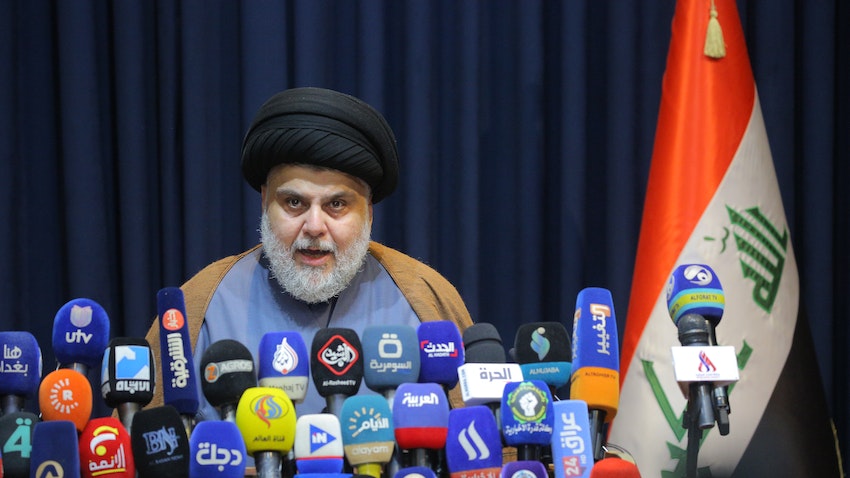 Iraqi Shiite cleric and politician Muqtada Al-Sadr has taken bold steps this summer. In June, after a months-long effort to form a “national majority government” with the Kurdistan Democratic Party (KDP) and Sunni Arabs following the Oct. 2021 parliamentary elections, he ordered his 73-member bloc to resign from the 329-seat parliament. In July, his supporters stormed the parliament twice as his rivals in the Shiite Coordination Framework moved to form a government.

Sadr has since called for early elections as Iraq remains without a new government 10 months after its parliamentary polls. His readiness for confrontation does not only take aim at his domestic rivals, but also makes clear his disregard for the international dynamics—including possible blowback.

Sadr’s most notable step in past weeks has been his July 31 call for a “drastic change to the current political system.” In effect, he has urged Iraqis to revolt to end the ethno-sectarian apportionment system put in place following the US-led invasion in 2003. Under the current power-sharing arrangement, the premiership customarily goes to Shiite Arabs whereas Sunni Arabs and Kurds control the parliament’s speakership and the Iraqi presidency respectively...