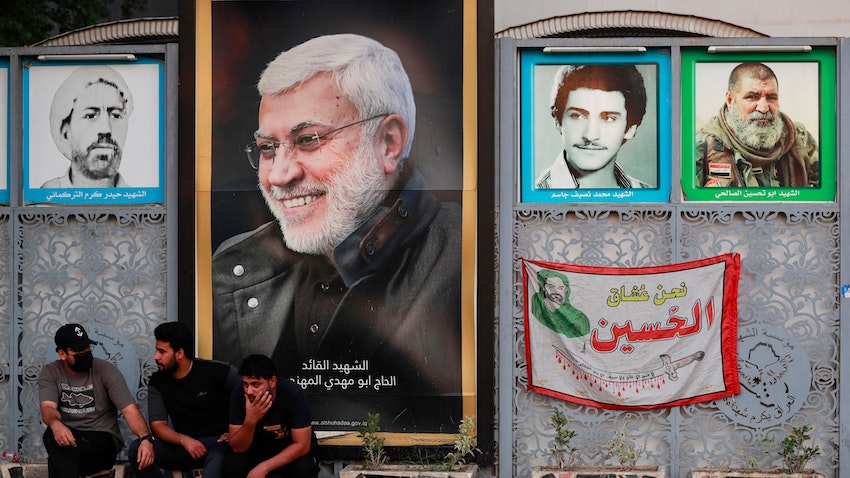 Supporters of the Popular Mobilization Units (PMU) rest outside the Green Zone in Baghdad, Iraq on Oct. 20, 2021. (Photo via Getty Images)

Supporters of Shiite armed parties and factions have been protesting the results of Iraq’s Oct. 10 parliamentary elections. Demonstrators have set up camp in front of the Green Zone in central Baghdad, where government headquarters and diplomatic missions are located—including the US embassy.

Protesters first set up tents on Oct. 19, in an attempt to put pressure on the authorities to either amend the election results or conduct a manual vote count demanded by the Shiite Coordination Framework.

Less votes, but not irrelevance

Whether with or without political wings, Shiite armed factions feel that the results of the Oct. 10 elections will...