In pursuit of gas, will Turkey choose Erbil over Baghdad? 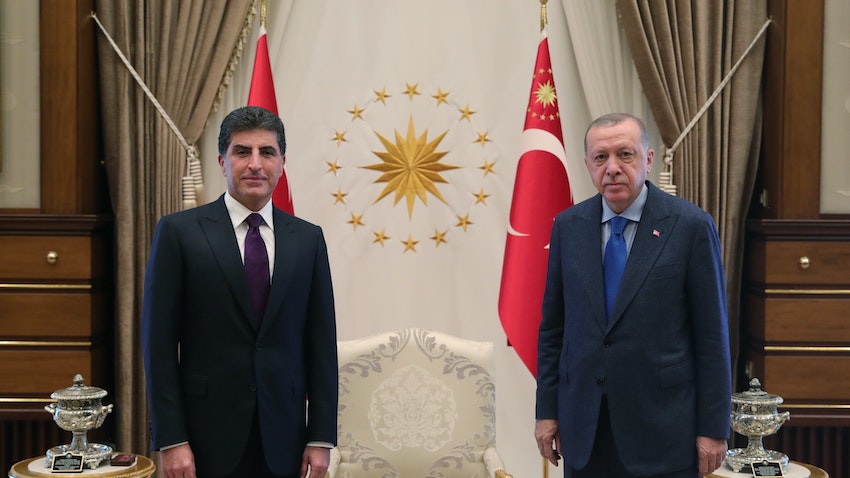 Iraq’s federal supreme court last month ruled that a 2007 law allowing the Kurdistan Regional Government (KRG) to manage oil and natural gas resources independently of Baghdad is unconstitutional. The top court also ordered Erbil to hand over all oil operations to the central government. The Feb. 15 verdict followed a Feb. 2 meeting in Ankara between KRG President Nechirvan Barzani and Turkish President Recep Tayyip Erdogan. Two days after the meeting, Erdogan said Turkey sought a “win-win” deal with Iraq’s government to import gas, and that Barzani promised to facilitate negotiations towards this end.

The court ruling may now jeopardize the energy agreements signed between Ankara and the KRG. On the other hand, if Iraq’s government in the future approves possible Kurdish gas exports to Turkey...