Iraq’s independent MPs possess power, but fail to wield it 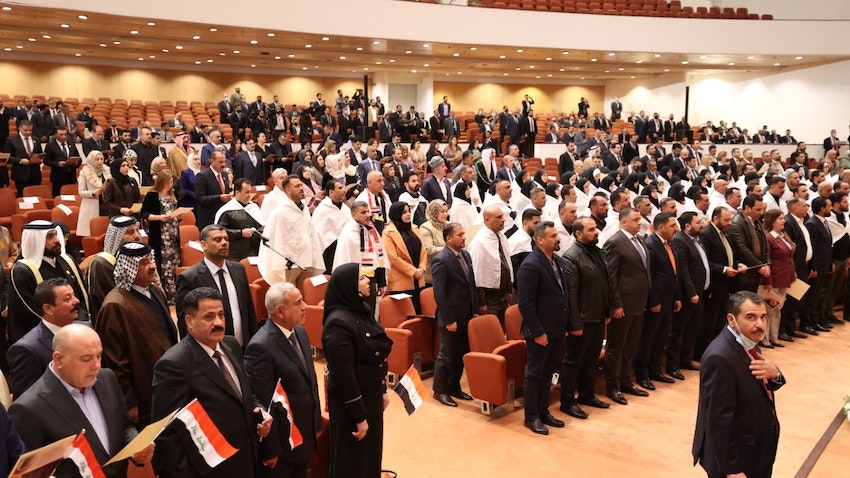 The Iraqi legislature convenes for the first time since the Oct. 10 parliamentary elections on Jan.9 in the capital, Baghdad. (Photo by Iraqi Parliament Press Office via Getty Images)

Thousands of Iraqis took to the streets in Oct. 2019 to demand an end to corruption and sweeping changes to their country’s political system. Foremost among the reforms they sought were changes to the way politicians were elected and an end to the monopoly of entrenched political parties. In Dec. 2019, these demands were seemingly met, with the parliament’s approval of a law designed to enable independent candidates to seek office.

The change paved the way for independents to run in the parliamentary polls held last October. Many such candidates were elected, and these independent MPs have since effectively become kingmakers amid the main parties’ failure to agree on the shape of the next government...