Inside story: Iraq’s PM hosts Iranian, Saudi delegations for fifth round of talks 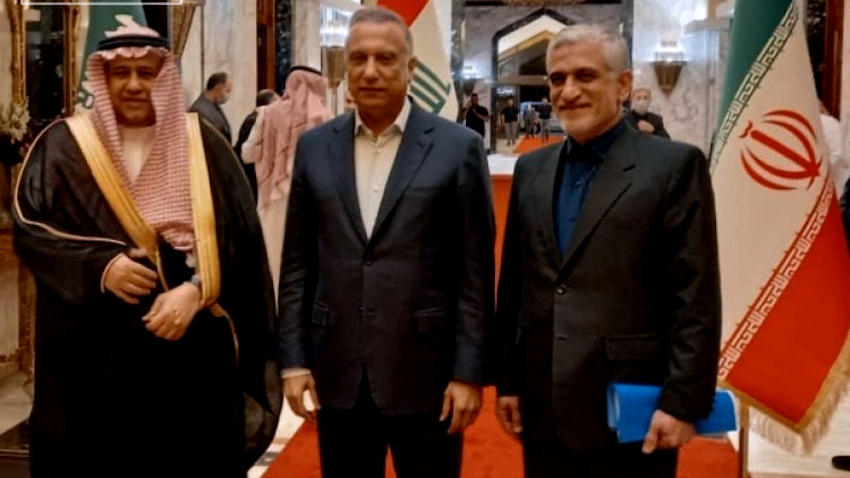 After a 7-month pause, regional arch-foes Iran and Saudi Arabia on Apr. 21 resumed their bilateral dialogue in Baghdad, sponsored by the Iraqi government.

The two sides returned to the negotiating table at 4pm local time at Baghdad International Airport, the same venue as the previous round of talks in Sept. 2021. Originally, the intention was to hold the meeting earlier, but Iran asked for a temporary suspension last month following the Kingdom’s Mar. 12 execution of 40 Shiite activists.

Delegates approved at the highest levels

The Iranian and Saudi representatives were directly appointed and approved by the respective leaderships, Amwaj.media has learned, indicating that the talks are a top priority in both capitals.

The Saudi side was led by Khalid Al-Humaidan, the director of the General Intelligence Directorate, while the Iranian team was headed by Deputy SNSC Secretary Saeid Iravani.

Speaking on condition of anonymity given the sensitivity of the talks, an informed source told Amwaj.media...