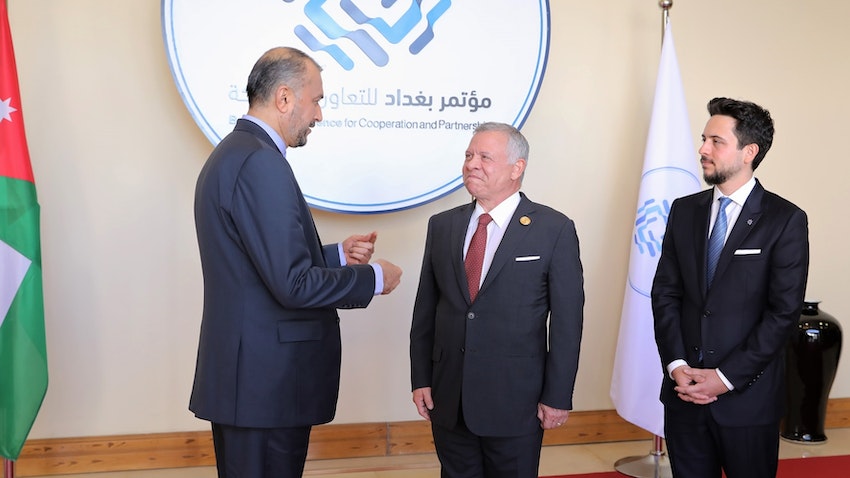 First held in Iraq’s capital in August 2021, the Baghdad Conference for Cooperation and Partnership was envisioned as an annual event with rotating regional venues. At least, this is what its inaugural driving force—former Iraqi premier Mustafa Al-Kadhimi (2020-22)—had sought. The first summit managed to bring together an array of regional leaders, with French President Emmanuel Macron standing out as the sole western head of state in attendance.

This year, Baghdad 2—as the second iteration of the gathering has been dubbed—was hosted by Jordan. Even before its initiation, the Dec. 20 summit was mired in controversy over a range of issues, including whether it would entail a resumption of the stalled dialogue between regional rivals Iran and Saudi Arabia.

Ahead of the conference, Iran’s Ambassador to Lebanon Mojtaba Amani garnered media attention after on Dec. 17 being quoted as mentioning the “possibility of a meeting between Iranian and Saudi officials on the sidelines of the Amman summit,” describing it as “the beginning of the return of bilateral negotiations.” Following a flurry of media reports, Amani underscored that he had only raised...