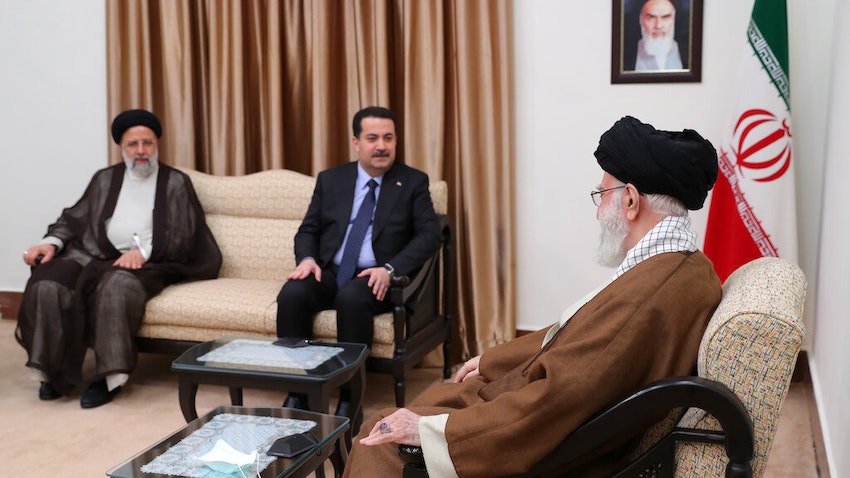 Muhammad Shia’ Al-Sudani’s first trip to Iran since taking office as Iraq’s new prime minister was focused on multiple issues. On the one hand, he sought to raise the Islamic Revolutionary Guard Corps’ (IRGC) repeated attacks on Iranian Kurdish opposition groups based in Iraqi Kurdistan. However, it does not seem that a solution was found. Sudani also seemingly failed to resolve the Iranian authorities' repeated blocking of rivers which flow into Iraq.

Of further note, beyond meeting with the Iranian leadership, the Iraqi premier’s Nov. 29 trip also involved a pilgrimage to the northeastern city of Mashhad, where he visited the shrine of Ali ibn Musa Al-Rida, the eighth Shiite Imam.

Speaking on condition of anonymity, a senior Iranian official told Amwaj.media that Sudani’s “meetings were excellent,” describing Iraq as “regardless of its prime minister having a serious and unparalleled importance for Iran.” Referring to the IRGC’s attacks in northern Iraq, the official elaborated that “the issue of terrorist groups in [Iraqi] Kurdistan was seriously discussed, and a decision on the...