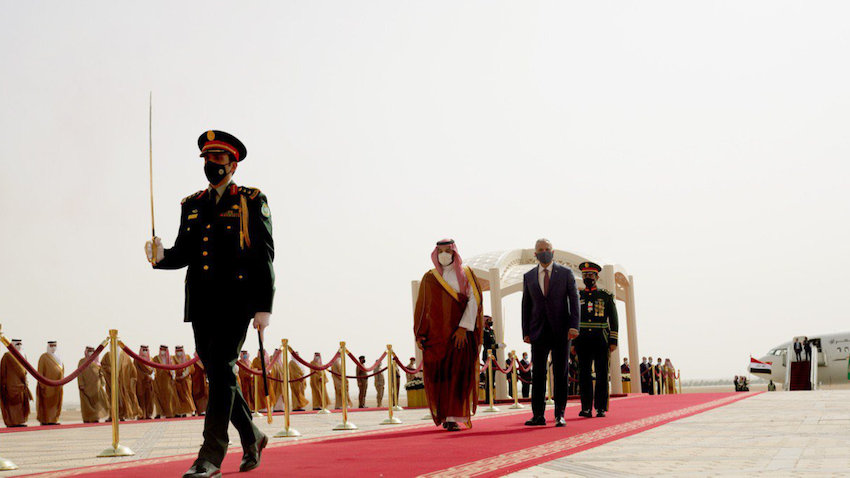 Continuing his efforts toward further cooperation with Iraq's Gulf neighbors, Iraqi Prime Minister Mustafa Al-Kadhimi has made his first official visit to Saudi Arabia. In Riyadh, Kadhimi was received by a Saudi aerial convoy, which not only accompanied his jet, but also drew an Iraqi flag in the sky.

Saudi officials and honor guards escorted him to the Saudi Crown Prince Mohammad Bin Salman (MBS), who in turn accompanied the Iraqi premier on a tour of Diriyah Al-Turaif...