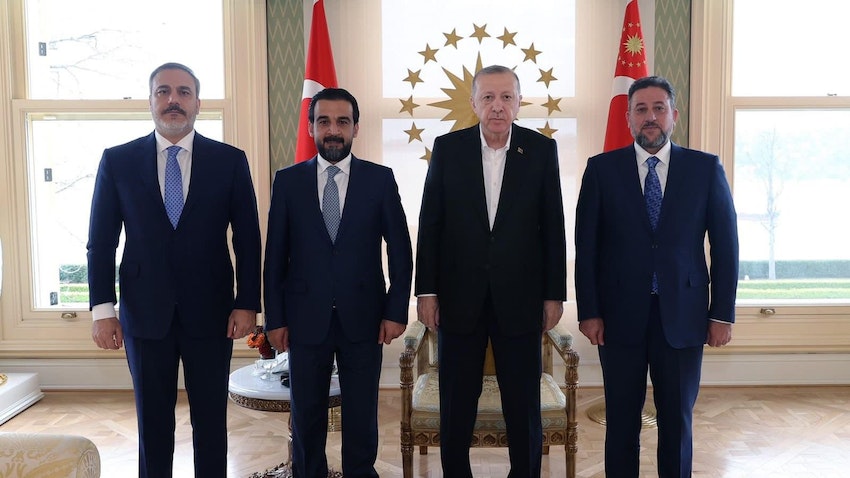 Iraq’s Parliament Speaker Mohammed Al-Halbousi has in recent days been threatened by Iran and its allies, Amwaj.media has learned. Backed by the Sadrist bloc and the Kurdistan Democratic Party (KDP), Halbousi has come under fire after his speakership was renewed in January. The vote took place amid a walkout by lawmakers affiliated with the Iran-backed Shiite Coordination Framework. Tehran and its partners are displeased with the Sunni politician for engaging with the Sadrists and the KDP to possibly form a “national majority” government, which would oust Iran’s allies from the next administration in Baghdad.

The threat against Halbousi comes as he was on Feb. 26 notably photographed alongside Turkey’s President Recep Tayyip Erdogan and Turkish spy chief Hakan Fidan. Fellow Iraqi Sunni politician Khamis Al-Khanjar was also seen in the picture, which was taken in the city of Istanbul...