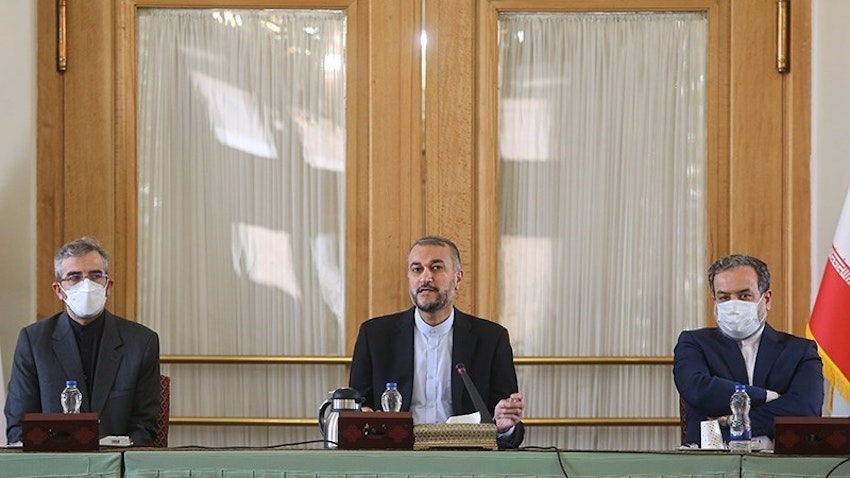 The story: Iran says there will not be a plenary session of the Joint Comprehensive Plan of Action (JCPOA) Joint Commission in New York this week. As Amwaj.media previously reported, the European Union had been pushing for Iran and the P4+1 (Britain, China, France, Russia and Germany) as remaining JCPOA participants to jointly meet on the sidelines of the United Nations General Assembly.

Speaking to Iranian media, Iran’s foreign ministry spokesman also stated that Tehran has informed the P4+1—as its counterparts in the stalled diplomatic talks in Vienna to revive the JCPOA—that the next round of negotiations will resume “in a few weeks.” Informed sources in Tehran have told Amwaj.media that while no date has been agreed, efforts are being made...