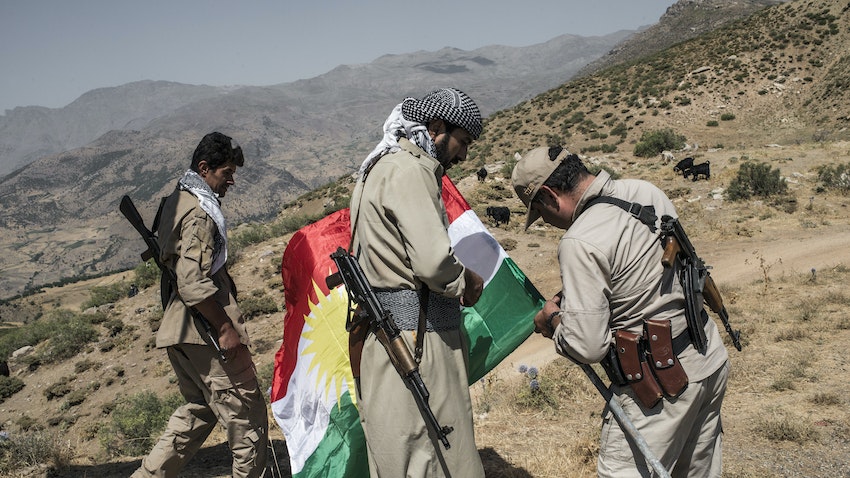 Kurdish Democratic Party of Iran (KDPI) fighters raise the flag of Kurdistan at their base in the Zagros mountains in the Iraq-Iran border on July 27, 2017. (Photo via Getty Images)

With US combat forces scheduled to withdraw by the end of this year, Iran has stepped up pressure on authorities in Baghdad and Erbil to disarm Kurdish opposition groups based in the Kurdistan region of Iraq (KRI).

Since the 1990s, a number of armed Iranian Kurdish groups have established a presence in Iraqi Kurdistan though representatives of the factions maintain that they have not used the region as a base for attacks against Iran. Meanwhile, Iranian military commanders say Kurdish rebels pose a threat to Iran’s stability and have warned that they may expand cross-border military operations if the Baghdad authorities and the Kurdistan Regional Government (KRG) do not do more to bring them under control.

Tehran has long accused Iranian Kurdish parties of receiving support from and serving the interests of Israel and the US, an accusation that the groups strongly deny...