Iran slams proposed meeting with US, including ‘ridiculous scheduling’ 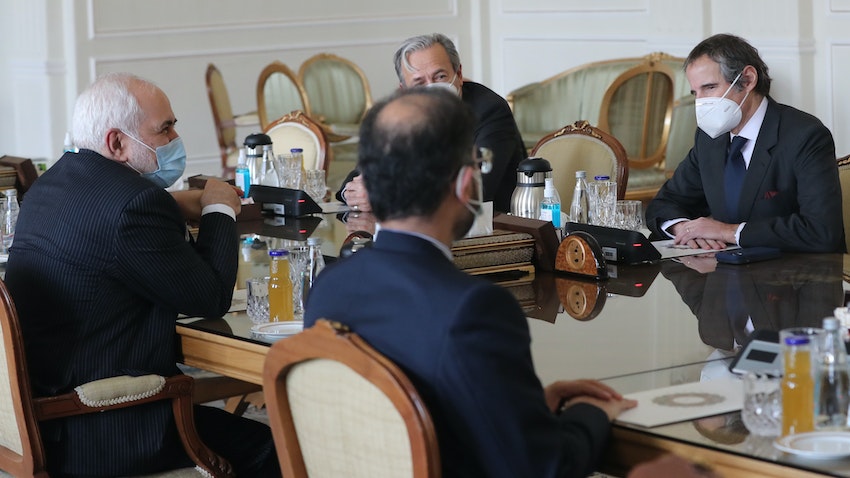 Iran' foreign minister (L) meets with the director general of the IAEA (R) in Tehran on Feb. 21, 2021. (Photo via Getty Images)

The story: Iran says it will not attend an “unofficial” meeting with the United States that some European governments had hoped to broker for this week. The session was envisioned to be held within the framework of a meeting among signatories to the 2015 Joint Comprehensive Plan of Action (JCPOA). The format of the proposed meeting did not require the Joe Biden administration to reenter the Iran nuclear deal, which former president Donald Trump unilaterally left in 2018. Iran has long insisted that it will not meet with the US until it lifts sanctions.

The details: In a communique circulated late Feb. 28, the Iranian foreign ministry wrote that “considering the positions and actions of the United States and the E3 [Britain, France and Germany] as of late"...