Why the Sunni ‘Sons of Iraq’ failed where the PMU succeeded 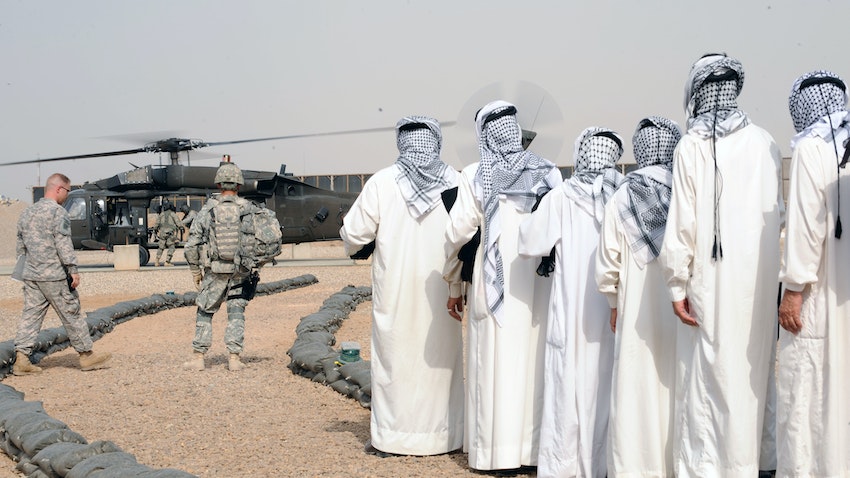 Sunni sheikhs representing the Sons of Iraq in a US military base in eastern Baghdad, Iraq on May 16, 2009. (Photo by James Selesnick via Wikimedia Commons)

During the 2003-11 US occupation of Iraq, Sunni tribal forces played a decisive role in turning the tide against extremist Sunni insurgent groups such as Al-Qaeda. Known as the “Sons of Iraq,” or alternatively the Sahwat [Awakening], these forces comprised over 30 Sunni tribes and roughly 95,000 fighters by mid-2007. The Sahwat helped secure Sunni regions of the country and presided over a 90% drop in sectarian violence by 2008.

The US reportedly paid members of tribal forces a monthly salary of 300 USD as part of a campaign to buy Sunni hearts and minds, and to incentivize cooperation with the post-2003 Shiite-led Iraqi government. The success of this program led to then-prime minister Nouri Al-Maliki (2006-14) committing to integrate at least 20% of Sahwat fighters into the national security forces and the rest into the civil administration. But as time has made clear, this did not pan out...