Why boycotters, established parties both want Iraqi voters to stay at home 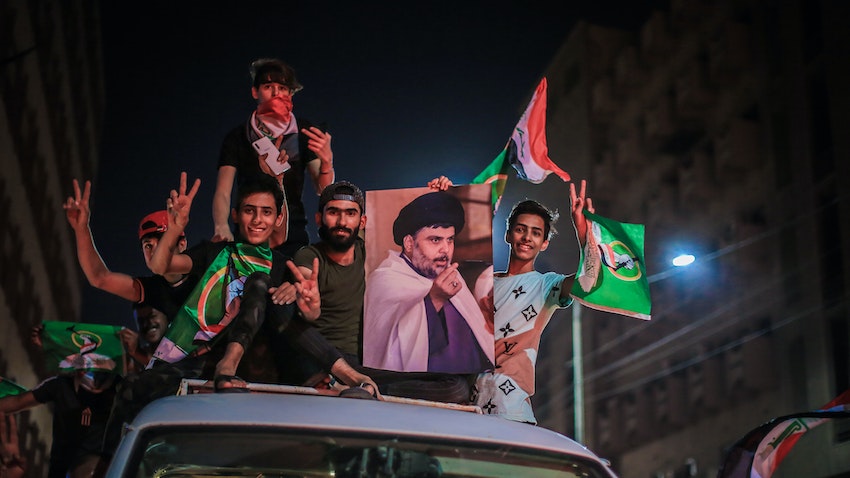 Supporters of Iraqi Shiite cleric Muqtada Al-Sadr celebrate their victory in the parliamentary elections in Baghdad, Iraq on Oct. 11, 2021. (Photo via Getty Images)

While there has been much reporting and commentary on which political blocs made gains and losses in Iraq’s recent parliamentary elections, less attention has been paid to the issue of low turnout as a major content on its own.

Parliamentary elections were not due until 2022 but were brought forward six months following the Oct. 2019 protests which toppled the government of Adil Abdul Mahdi. The interim government led by incumbent Prime Minister Mustafa Al-Kadhimi, which took office in May 2020, called for early elections in an effort to defuse outrage in the streets.

The polls were conducted under a new electoral law ratified in late 2020 that increased the number of electoral districts and restricted ballots to single candidates as opposed to unified lists—measures that were intended to limit the dominance of large political parties...