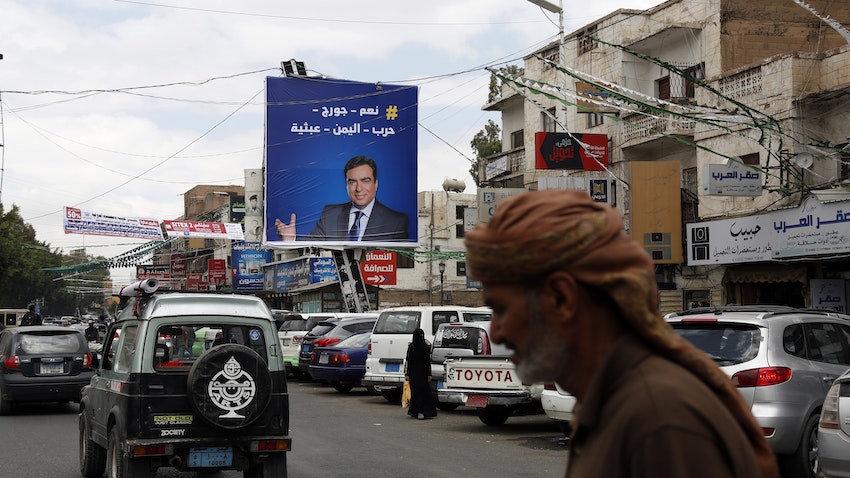 A portrait of the Lebanese Information Minister George Kordahi is seen on a billboard in Sana’a, Yemen on Oct. 31, 2021. (Photo via Getty Images)

In response to a question about the Saudi-led war in Yemen, Lebanese Minister of Information and former TV star George Kordahi asserted in a recently aired Al-Jazeera program recorded in early August, "My opinion is that this futile war…must stop,” adding that the Houthis in Yemen were simply defending their homeland.

Despite the fact that the program was recorded before Kordahi was appointed as minister on Sept. 10, his remarks have sparked outrage in the Gulf. Four member states of the Gulf Cooperation Council (GCC)—Bahrain, Kuwait, Saudi Arabia and the United Arab Emirates (UAE)—have withdrawn their ambassadors from Lebanon and asked Lebanese envoys to leave. Saudi Arabia has also taken the step of suspending imports from Lebanon...