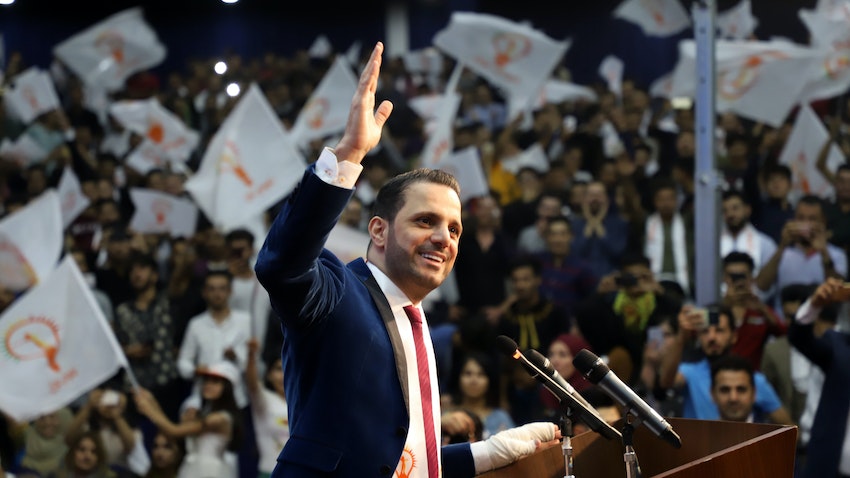 Leader of the New Generation Movement Shaswar Abdulwahid addresses supporters at a rally in Sulaimaniyah, Iraq on Sept. 27, 2018. (Photo via Getty Images)

The New Generation Movement (NGM) last October surprised the Iraqi political scene after becoming the third most popular Kurdish party in Iraq’s parliamentary elections. As a result, the movement has emerged as an alternative to the two ruling parties in the Kurdistan region of Iraq (KRI): the Kurdistan Democratic Party (KDP) and the Patriotic Union of Kurdistan (PUK).

In the aftermath of the Oct. 10 elections, the NGM has formed the “Alliance for the People” opposition coalition in the Baghdad parliament, alongside ten independent lawmakers and Imtidad, a party rooted in the Oct. 2019 protest movement.