Normalization with Syria ‘a breakthrough’ for Jordan’s regional role 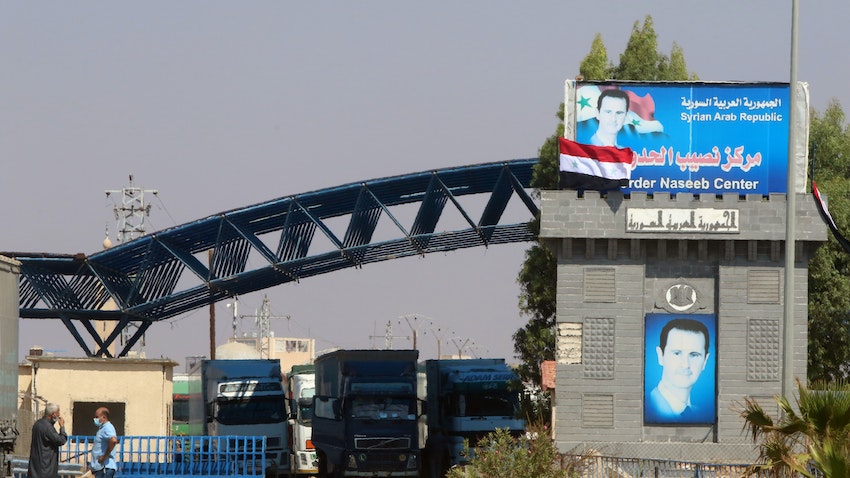 Travelers arrive at the Nasib crossing on the day of its reopening on Sept. 29, 2021 near Mafraq, Jordan. (Photo via Getty Images)

Jordan and Syria have stepped up their cooperation at both diplomatic and military levels over the past two months, indicating the interest of both countries in restoring full relations.

On Sept. 19, Syrian Minister of Defence Ali Ayyoub traveled to Jordan to meet with Lieutenant General Yousef Huneiti, the chairman of the Joint Chiefs of Staff of the Jordanian Armed Forces. It was the first meeting of military officials from the two neighbors at that level in a decade. The visit was followed by a military offensive by Syrian forces to regain control of the southern region of Dara’a from militants, leading to the reopening of the Syrian-Jordanian border on Sept. 29.

Contacts have also been made at the highest diplomatic level. Jordanian Foreign Minister Ayman Al-Safadi met with his Syrian counterpart Faisal Al-Mekdad on Sept. 22, on the sidelines of the United Nations General Assembly in New York. Subsequent ministerial meetings led to a phone call between King Abdullah II of Jordan and Syrian President Bashar al-Assad on Oct. 3...