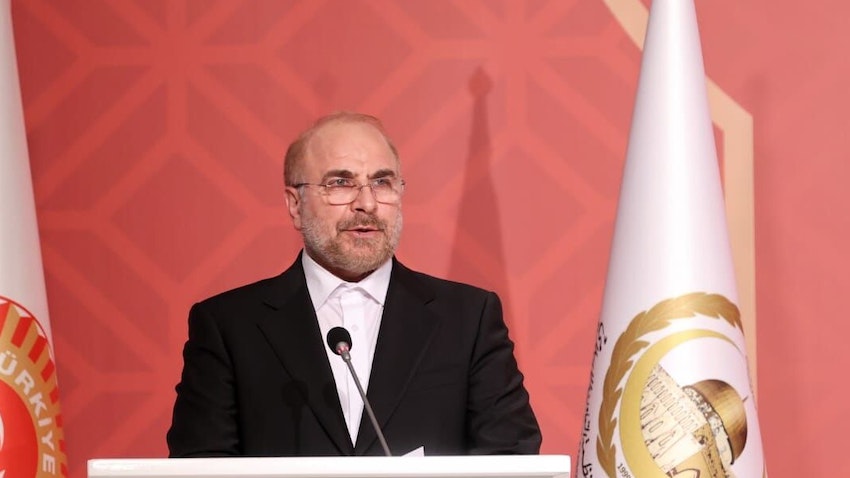 Speaker of the Iranian Parliament Mohammad Baqer Qalibaf speaks during the 16th PUIC Conference in Istanbul, Turkey on Dec. 10, 2021. (Photo via IRNA)

Iran’s Parliament Speaker Mohammad Baqer Qalibaf is under mounting political pressure. While he has a long history of holding senior positions in the Islamic Republic, including as commander of the Islamic Revolutionary Guard Corps’ (IRGC) Aerospace Force, Qalibaf has in recent years been on the receiving end of attacks seemingly aimed at sidelining him.

In February, a leaked audio tape of a prior secret meeting between then-IRGC chief commander Mohammad Ali Jafari and his deputy for construction and economic affairs Sadeq Zolqadrnia once again cast the spotlight on allegations of corruption against Qalibaf, who served as mayor of Tehran during 2005–17.

In the tape, the two men are heard talking about several issues related to the IRGC and its economic projects. But the 50-minute conversation largely revolved around a financial corruption scandal involving...