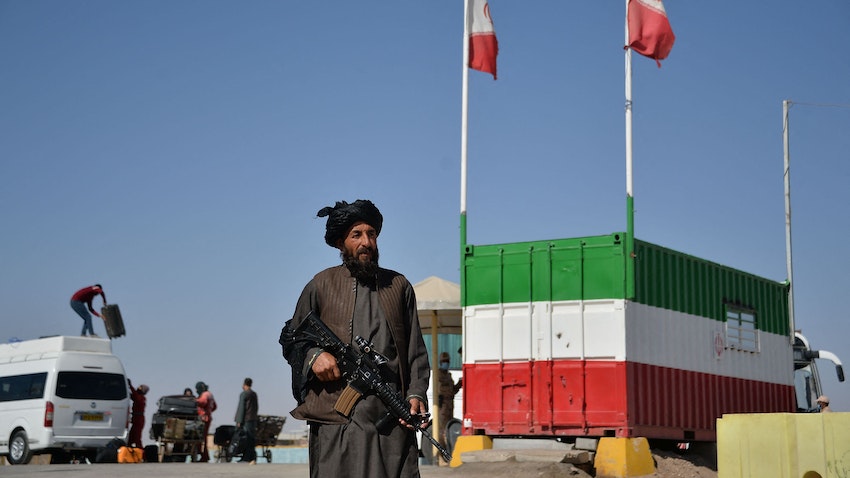 A Taliban fighter stands guard at the Islam Qala border between Iran and Afghanistan on Oct. 19, 2021. (Photo via Getty Images)

The story: Iranian and Taliban forces have engaged in border clashes along Afghanistan’s western Nimroz province. Media outlets close to Iran’s Islamic Revolutionary Guard Corps (IRGC) largely agree on the reason for the clash. They also avoid assigning blame to the Taliban, albeit in different ways. This comes as Afghan media has reported that the Taliban seized several Iranian border posts, which IRGC-affiliated media has strongly dismissed. Moreover, a Taliban spokesman has confirmed that clashes took place, but that they have halted.

The confrontation: Citing unnamed sources, the IRGC-linked Tasnim News Agency has asserted that the clash is rooted in a misunderstanding, and that the violence has stopped...