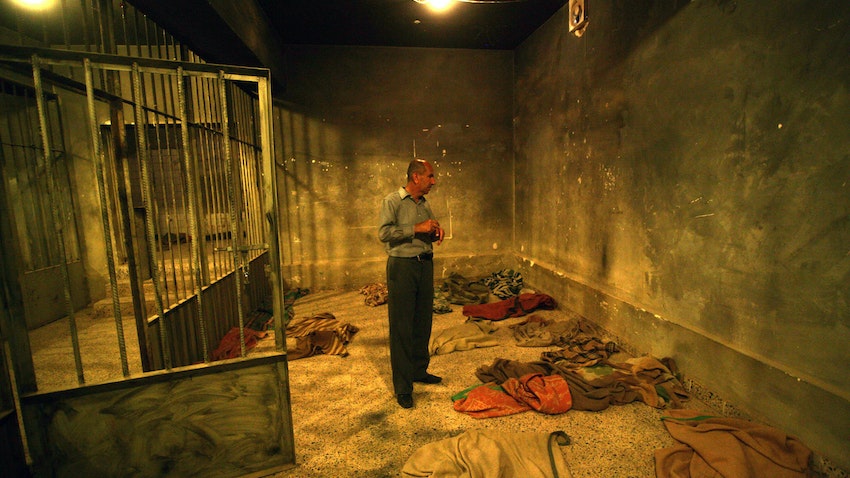 An Iraqi Kurd visitor stands in a cell at a former torture center that was turned into a museum in the northern city of Sulaimaniyah, Iraq on May 28, 2013. (Photo via Getty Images)

In a shocking video circulating on Iraqi social media, a young man reveals gruesome wounds inflicted on his hand as a result of torture allegedly at the hands of federal police intelligence officers in Iraq’s northern Kirkuk Governorate.

According to information obtained by Amwaj.media, the man is 28-year-old Hassan Muhammad Aswad. He is said to have been arrested in June in Kirkuk Governorate on charges of terrorism. After being allegedly tortured by federal police, it came to light that he had been arrested because...