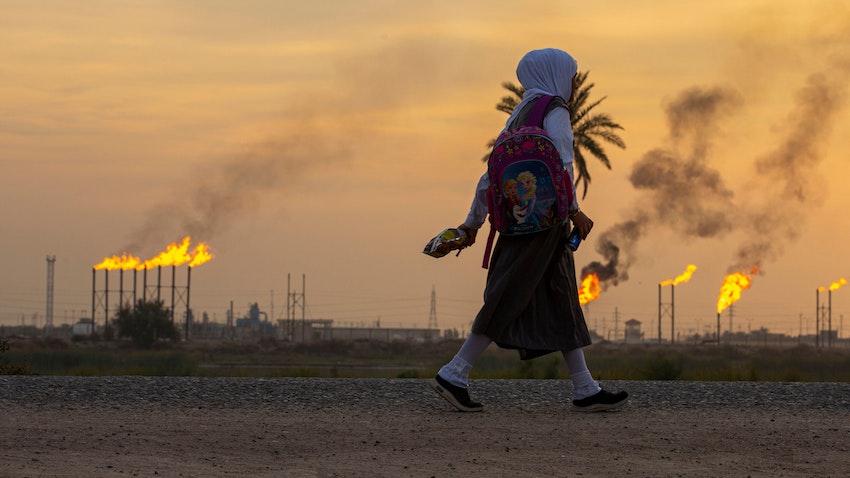 A young girl walks across an oil field in southern Iraq on Dec. 5, 2021. (Photo via Getty Images)

Iraq’s oil wealth is among the greatest on the planet. Total proven crude reserves are estimated at 150B barrels, and daily output is over 4.6M barrels—making it the fifth-largest producer in the world. But much of this wealth does not trickle down, and that is perhaps paradoxically particularly the case in the oil-rich south.

Over 70% of Iraq’s oil production is concentrated in Basra Governorate. Yet, despite the immense oil wealth being extracted from under their feet, many Iraqis in the south struggle to make ends meet. While official figures are not available, it is estimated that upwards of 30% of the youth in Iraq are unemployed. This is not to mention constant water and electricity shortages.

For years, ordinary people aggrieved over oil wealth not trickling down have staged demonstrations outside of oil companies throughout southern Iraq. These protests, many of which are organized by local tribes, are increasingly disrupting the petroleum sector and contributing to the exodus of oil companies—and especially western firms—from the country...