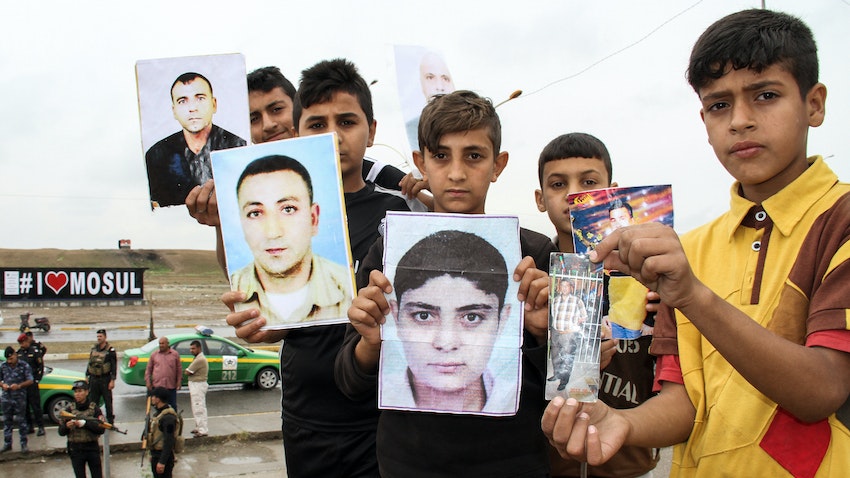 Iraqis hold up portraits of missing relatives who were held captive by the Islamic State group during a demonstration in Mosul, Iraq on Apr. 13, 2018. (Photo via Getty Images)

Mass abductions have become a widespread and harrowing phenomenon in Iraq over the past two decades. According to the International Committee of the Red Cross, Iraq has one of the highest numbers of missing people in the world, with hundreds of thousands reportedly abducted over the years.

The 2003 US-led invasion of Iraq set off the kidnapping sprees, as various armed groups took advantage of the chaos to settle scores and collect ransoms. Not even government institutions have been spared from being stormed by kidnapping assailants who act without fear of legal repercussions.

Indeed, many kidnapping operations are sophisticated and have been tied to government officials, security forces, and armed groups. The victims include civil society and human rights activists, journalists, and members of religious minorities. In this context, a review of kidnapping cases and the testimonials of survivors underscores the failure of Iraqi authorities to address this issue...