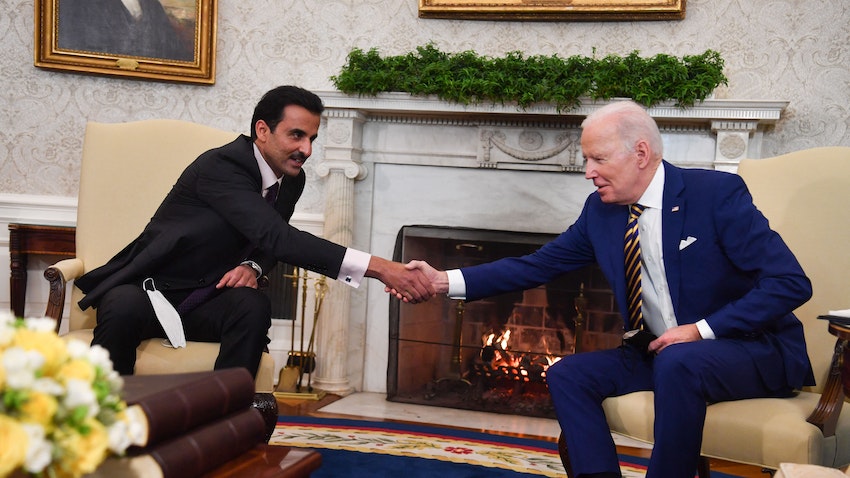 Qatari Emir Sheikh Tamim bin Hamad Al Thani on Jan. 31 became the first Gulf Arab leader to visit US President Joe Biden at the White House since he took office last year. The meeting was followed by Biden signing a declaration on Mar. 10 announcing Qatar as a major non-NATO ally of the US, making it the 18th country to receive this designation and the third in the Gulf after Bahrain and Kuwait.

The announcement came as Doha has become increasingly crucial to Washington’s global objectives. Biden cited the vital role Qatar played in facilitating mass evacuations from Afghanistan after the US withdrawal from the country last August. He also lauded Qatari financial aid to Palestinians in the besieged Gaza Strip and Doha’s readiness to increase natural gas exports to Europe to wean the continent off energy dependency on Russia. "I think it's long overdue,” Biden said about the upgrade in relations...