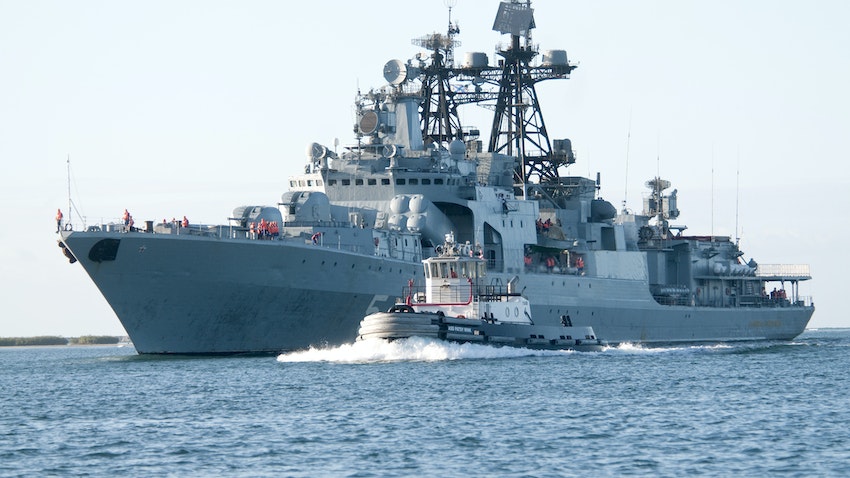 A Russian Navy destroyer arrives at Joint Base Pearl Harbor-Hickam on June 29, 2012. (Photo via Wikimedia Commons)

Russian President Vladimir Putin has approved a new naval doctrine, elaborating Moscow’s maritime strategy. The move was made on July 31, marked as Navy Day in the Russian calendar.

The new doctrine has mainly attracted attention over what it entails in terms of Russia’s approach to western states, particularly in the context of Moscow’s continued aggression in Ukraine. The third of its kind since the collapse of the Soviet Union, the document addresses the growing confrontation with the west at length, describing NATO and the US as the main threats to Russian interests.

But beyond conceptualizing the new era of Russian rivalry with the west in the naval realm, the doctrine also outlines Moscow’s ambitions to become a “great maritime power” with global reach. Russia’s pursuit of this strategic aim could have profound implications for its relations with a variety of regional partners...