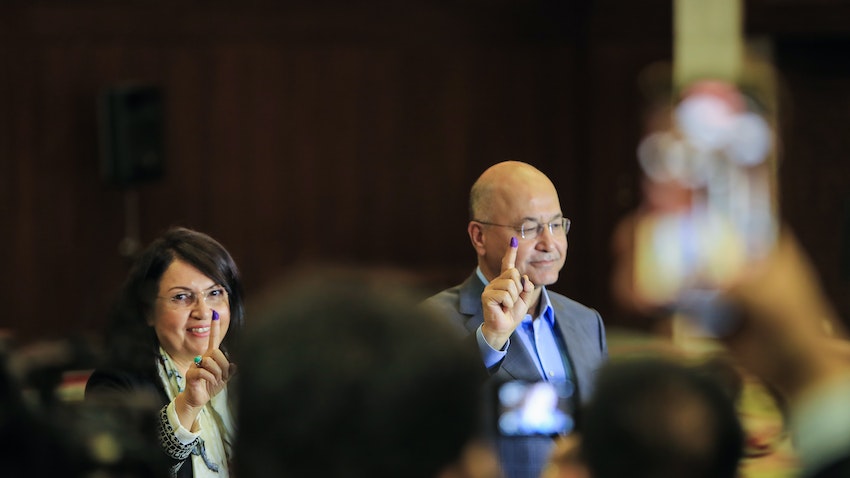 Iraqi President Barham Salih and his wife show their inked fingers after casting their ballots in the parliamentary elections in Baghdad, Iraq on Oct. 10, 2021. (Photo via Getty Images)

The question of who will be Iraq’s next president remains in limbo as Iraqis await the finalization of the results of the Oct. 10 parliamentary elections. The political system set up after the US-led invasion in 2003 divides Iraq’s three presidencies along sectarian and ethnic lines. The office of the prime minister has been held by Shiite Arabs, the parliamentary speakership by Sunni Arabs and the presidency by Kurds.

Since the adoption of Iraq’s new constitution in 2005, the two main ruling parties in Iraq’s Kurdistan region—the Kurdistan Democratic Party (KDP) and the Patriotic Union of Kurdistan (PUK)—have distributed senior political posts among themselves.

In Erbil, the KDP holds the Kurdistan Regional Government’s (KRG) presidency and premiership while the PUK controls the position of KRG deputy prime minister. For most years since 2003, the speaker of the Kurdish regional parliament has also hailed from the PUK...