Why Iraqi Kurds are seeking refuge in Europe 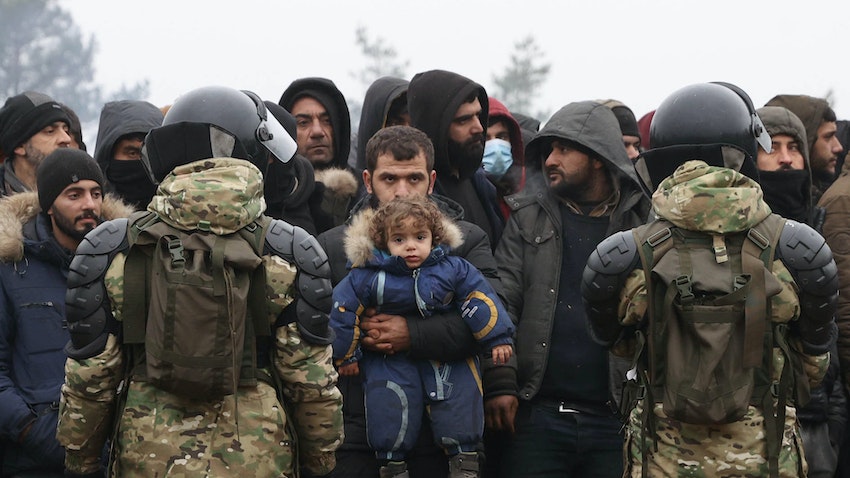 Migrants gather to receive humanitarian aid on the Belarusian-Polish border in the region of Grodno, Belarus on Nov. 14, 2021. (Photo via Getty Images)

The heartbreaking drama of thousands of migrants, many of them Iraqi Kurds, stranded along the Belarusian border with Poland—where they encounter dire conditions in the hope of crossing into the European Union (EU)—has gained global attention. Trapped between two increasingly militarized borders, the migrants face a volatile situation with tensions escalating between Belarus and its EU neighbors. As some Iraqi migrants are now being repatriated to Iraq, others hold on to hopes of entering the European bloc.

Evolution of a crisis

The current crisis first began when the EU began imposing sanctions on Belarus last year. The penalties were put in place after the country’s long-time leader Alexander Lukashenko claimed victory in what most observers consider as rigged presidential elections in Aug. 2020. The 27-country bloc has imposed four sets of sanctions on Belarus over the polls that reinstated Lukashenko, and the brutal repression of protesters that followed. In a countermove...