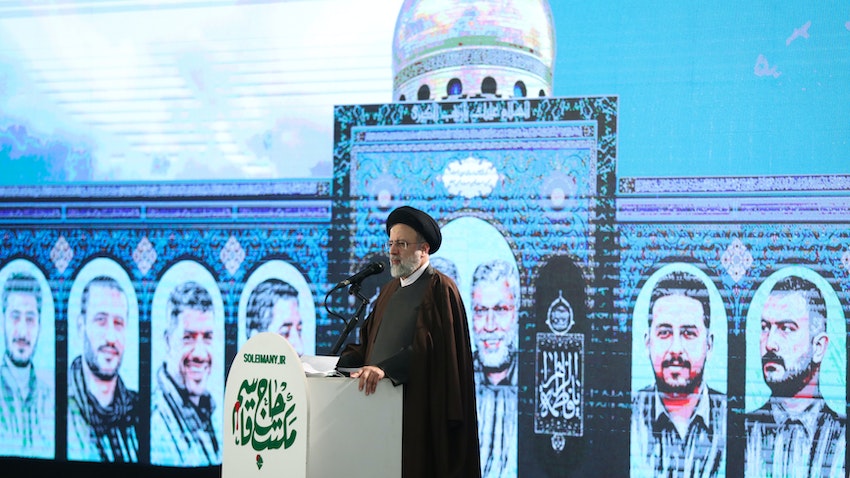 Iranian President Ebrahim Raisi speaks on the occasion of the second anniversary of the killing of Qasem Soleimani in Tehran, Iran on Jan. 3, 2022. (Photo via President.ir)

Unlike many sovereign wealth funds, Iran’s National Development Fund (NDF) has had limited utility for the country’s economy. This is greatly due to a combination of external sanctions and a misguided strategy which has turned the NDF into a piggy bank for successive cash-strapped governments rather than a vehicle for strategic investment.

The NDF’s roots go back to the year 2000, when the Reformist government in power at the time set up the Oil Stabilization Fund (OSF) to address the budget imbalances that were caused by oil price fluctuations. Then president Mohammad Khatami had an ambitious goal to stop using oil export revenues on current expenditures. Instead, he argued that “underground assets” should be used for investment and job creation, hence the need to set aside some of the oil wealth.

In its initial mission statement, the OSF was described as having been established to “stabilize the annual budget and to save a portion of oil revenues for future generations through making productive investments.” However, these initial ambitions have been substantially disregarded, especially with the election of conservative Mahmoud Ahmadinejad...