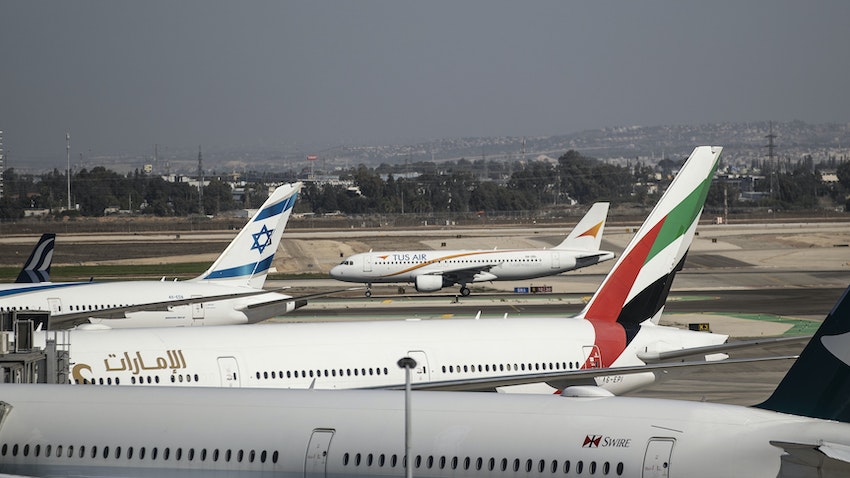 A plane carrying football fans is seen before taking off for FIFA World Cup at the Ben Gurion Airport in Tel Aviv, Israel on Nov. 20, 2022. (Photo via Getty Images)

Last month, FIFA—the international governing body of association football—announced that there would be direct flights from Tel Aviv to Doha for the duration of the 2022 World Cup to facilitate attendance by Israeli and Palestinian fans. Qatar has no formal relations with Israel and there had never been such direct charter flights between the two countries until that point. Israeli Foreign Ministry official Lior Haiat reacted to the first of these flights by declaring that “history has been made.” Many interpreted the move as another sign of the Arab world’s overall trend toward normalization with Tel Aviv.

But events at the World Cup itself have thrown cold water on the idea that the flights mark a new era in Arab acceptance of Israel. Football fans from Arab countries have boycotted Israeli media at the tournament, while public spaces in Qatar have been filled with symbols of solidarity with Palestinians. Fans have interrupted broadcasts with pro-Palestinian chants and waved Palestinian flags, while there have also been tense face-to-face exchanges with Israeli journalists outside stadiums.

Such confrontations and signs of pan-Arab pro-Palestinian sentiment are a wake-up call to many observers, including policymakers in Israel and the United States. Many have failed to understand...