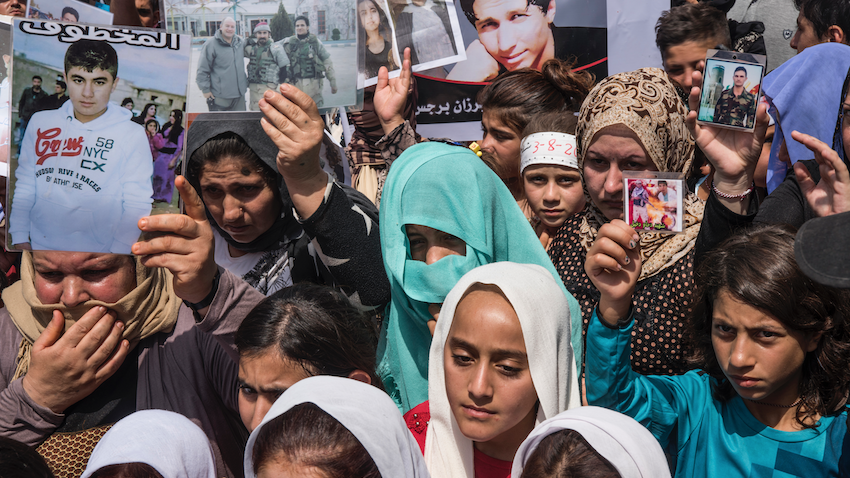 Yazidi women hold pictures of their loved ones killed by the Islamic State group in Sinjar, Iraq on Aug. 3, 2014. (Photo via Getty Images)

Iraq’s northern Sinjar district was overrun by the Islamic State group (IS) in Aug. 2014, resulting in what international organizations have described as a "genocide" against its mainly Yazidi residents. Some have been calling for the establishment of an international tribunal to prosecute the perpetrators.

In May, UN investigators working on IS crimes identified 1,444 alleged IS perpetrators—including 469 whose locations are known. The crimes include murder, slavery, sexual abuse of women and forcing people to choose between death or change of religion.

The onslaught of IS displaced more than 350,000 people in northern Iraq. Only some 100,000 have returned home amid a severe lack of basic services. IS kidnapped more than 6,500 girls and children as spoils of war; 2,800 are still missing...