Big tech under fire as Yazidis call for accountability 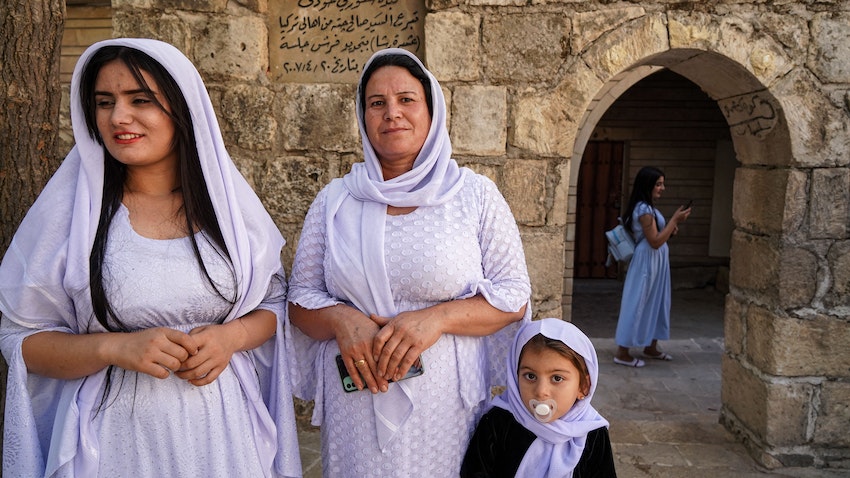 Yazidi women stand at the Temple of Lalish near the city of Dohuk, Iraq on Oct. 7, 2021. (Photo via Getty Images)

The Yazidi religion is an ancient faith whose adherents hail from the Sinjar region of northern Iraq. It was on Mount Sinjar in Aug. 2014 that the Yazidis faced a genocidal onslaught by the Islamic State group (IS), leading to the killing, kidnapping, and enslavement of thousands of members of the community. According to data published by the Kurdistan Regional Government (KRG), that attack saw over 3,100 Yazidis killed and roughly 6,800 abducted over the shocking span of just days.

The IS rampage across Iraq was marked by the killing of Yazidi men, taking of boys away from their families and forcing them into IS training camps, and capture of Yazidi women and girls to forcibly marry or sell as sex slaves. In May 2021, a UN team investigating IS atrocities in Iraq found “clear and convincing evidence that the crimes against the Yazidi people clearly constituted genocide.”

Yazidi activists have for years said IS members used social media platforms such as Facebook, Telegram, Twitter, WhatsApp and YouTube to help sell girls and women into sexual slavery. The militant group would host perverse “virtual” auctions for the captives, circulating their photos and detailing their ages, locations, and prices. Many of these women are still alive and believed to be held by mercenaries and IS-aligned fighters in Turkish-controlled northern Syria...