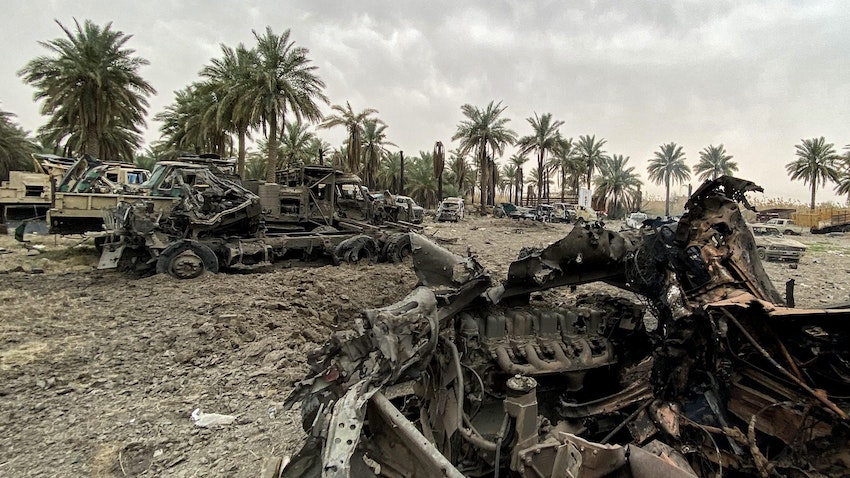 Damaged military vehicles in the aftermath of US airstrikes in the Jurf al-Sakher area in Iraq. March 13, 2020. (Photo via Getty Images)

The story: Ambiguity is looming over a reported attack on positions of Iraqi security forces southwest of Baghdad. Multiple explosions were heard in the district of Jurf Al-Sakher on Jan. 19, triggering wide speculations about their cause - and their target. This comes in the shadow of US threats to hit Iraqi armed groups close to Iran in the final days of the Trump administration. The threats have emerged in the aftermath of a series of rocket attacks on the American embassy in Baghdad claimed by shadowy groups.

The coverage: Iraqi and regional media reports conflict on what exactly took place on Jan. 19, including the nature of the attack and who or what was its target...