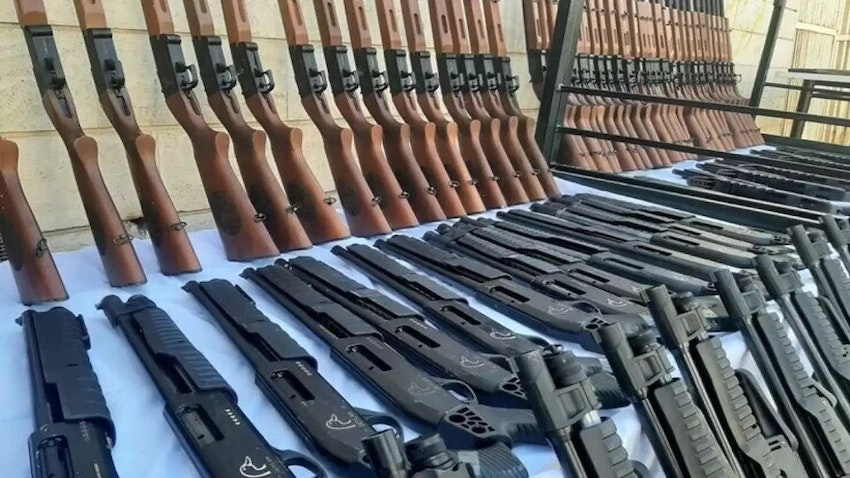 Iranian state media reported the seizure of an "illegal weapons" cache in Sistan-Baluchestan on Nov. 30, 2022. (Photo via Hamshahri Online)

The story: Iranian authorities have reported the seizure of three separate caches of illegal weapons in the restive southeast of the country. The seizures come as the Islamic Republic accuses foreign governments of arming "rioters" in an attempt to fuel the ongoing unrest sparked by the Sept. 16 death of a young Iranian woman in the custody of morality police.

The coverage: Iranian police on Nov. 30 seized a cache of pistols and bullets in the city of Rask close to the border with Pakistan, the conservative Tasnim News Agency reported.