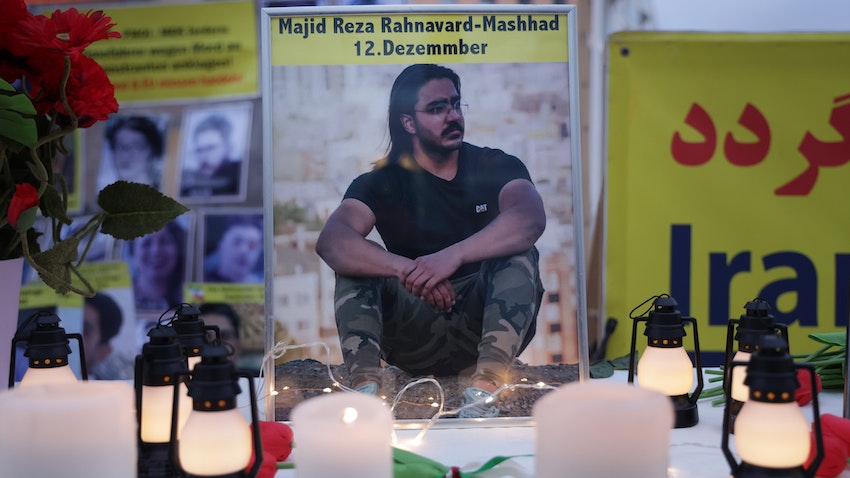 A photo of Majidreza Rahnavard is seen at a demonstration outside the Foreign Ministry in Berlin, Germany on Dec. 12, 2022. (Photo via Getty Images)

The story: Iran has started carrying out death sentences handed to individuals arrested during the past months of unrest. Chief Justice Gholamhossein Mohseni Ejei has defended the verdicts as the judiciary reportedly seeks death sentences for almost two dozen people suspected of violent crimes. The executions have been condemned by rights groups and triggered sanctions by western governments, which Iran has responded to with a slew of its own sanctions.

The coverage: Iranian authorities have so far executed two people detained during protests that first erupted in mid-September.

Mohsen Shekari was hanged in Tehran on Dec. 8 after being convicted of "moharebeh," a sentence that means “waging war against God.” He allegedly injured a member of the Basij volunteer militia— an arm of the Islamic Revolutionary Guard Corps (IRGC)—and...