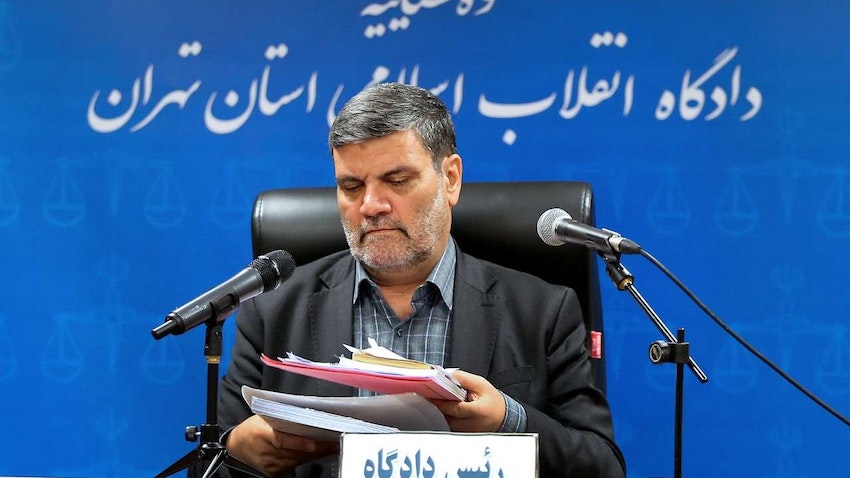 Abolqasem Salavati presides over the trial of a former banker in Tehran, Iran on Dec. 24, 2018. (Photo via IRNA)

The story: The spread of the fake news that controversial Iranian judge Abolqasem Salavati has been shot dead has once again brought the battle of narratives on social media to the fore.

The story spread as Iran implemented two more death sentences over recent anti-establishment protests, fueling some speculations that the report sought to distract from the executions. Other observers allege that the fake rumor was a ruse by the Islamic Republic to discredit news not reported by state-affiliated media.

The coverage: Salavati, who has garnered a reputation for handing out death sentences to dissidents, was alleged to have been shot and killed on Jan. 6.