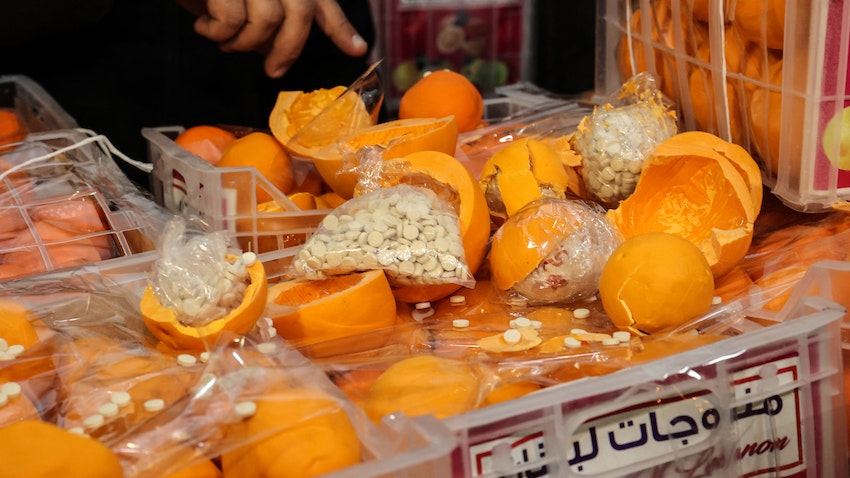 A man shows seized Captagon pills that were bound for the Gulf Arab region in Beirut on Dec. 29, 2021. (Photo via Getty Images)

The story: A French naval vessel working under the auspices of the multinational Combined Task Force 150 (CTF-150) has seized a large shipment of illicit drugs in the Arabian Sea. The capture of the cargo comes amid wider concerns about the spread of the narcotics trade in the Gulf Arab region, with governments working together in an attempt to stem smuggling.

The coverage: Several Arab media outlets including Jeddah-based Okaz Daily reported on Jan. 2 that French naval forces had announced the seizure of tons of drugs from a ship in an unspecified location in the Arabian Sea.