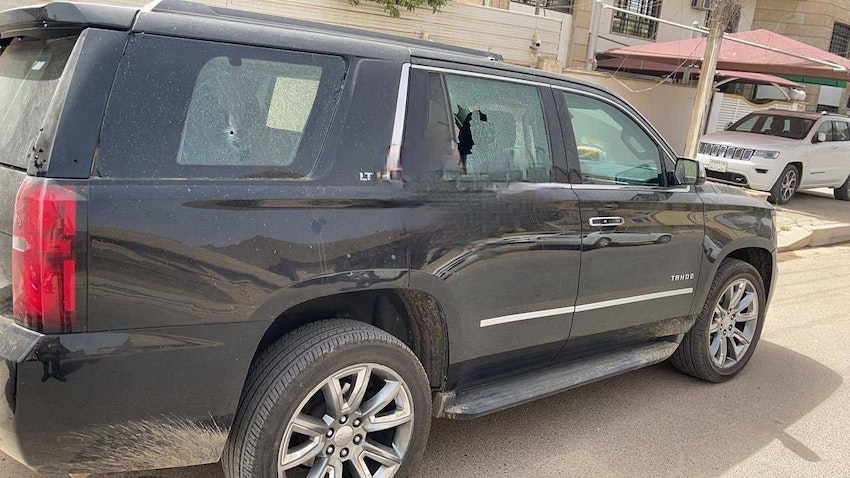 The targeted vehicle of the Iranian embassy's legal representative in Baghdad. Apr. 13, 2022. (Photo via social media)

The story: The legal representative of the Iranian embassy in Baghdad has survived an attempted assassination. The attack was carried out in the Iraqi capital’s northern Al-Kadhimiya district, Amwaj.media has learned. The incident took place less than 48 hours after Iran’s Apr. 11 naming of Mohammad Kazem Aal-e Sadeq as its new ambassador to Iraq, raising questions about the motives behind the murder attempt.

The details: Security sources in Baghdad have told Amwaj.media that a gunman on a motorcycle opened fire on the vehicle in Akad Street, close to the shrine of Musa Al-Kadhim, the seventh Shiite Imam. Images obtained show...