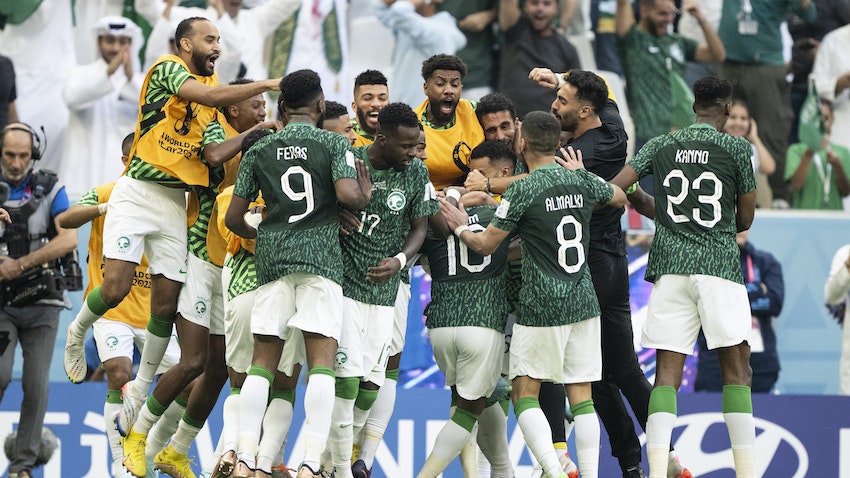 Saudi players celebrate win against Argentina in the World Cup in Lusail City, Qatar on Nov. 22, 2022. (Photo via Getty Images)

The story: The Saudi national football team has received praise from across the Arab world for its shocking victory over Argentina in the FIFA World Cup. In a display of Arab solidarity, the praise is reported to have notably even come from some of the Kingdom’s regional foes. Members of Yemen’s Ansarullah movement, better known as the Houthis, reportedly congratulated the Saudi football team for its upset over Argentina—a favorite to win the tournament.

The coverage: Saudi-owned Asharq Al-Awsat published a summary of the Nov. 22 match, suggesting that “the Saudi team’s victory delighted Arab fans, as it was one of the biggest surprises of the World Cup.” The Saudi government declared the following day a public holiday.