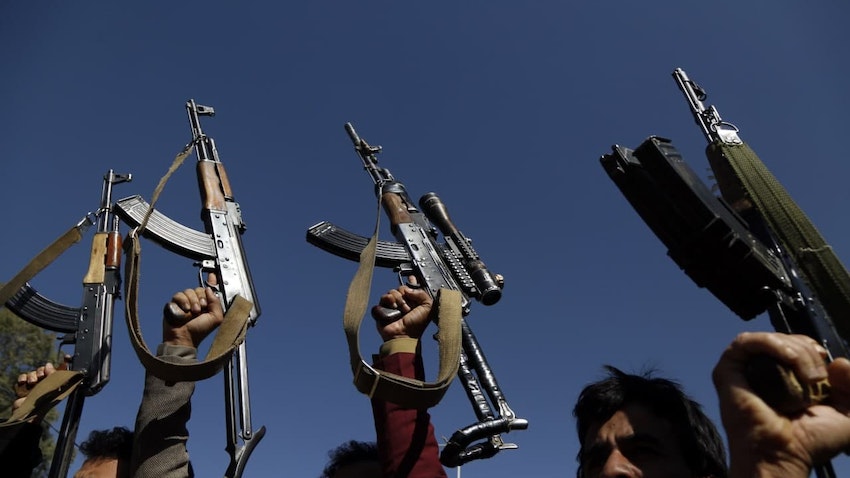 Supporters of the Houthis hold up firearms in Sana'a, Yemen on Jan. 18, 2021. (Photo via Getty Images)

The story: More than five years after Saudi Arabia severed diplomatic ties with Iran, reports indicating an attempt at rapprochement are drawing attention in Iranian media. Many analysts believe that Riyadh’s “failure” in the Yemeni war coupled with the departure of Saudi-friendly ex-US president Donald Trump have resulted in the long overdue re-engagement.

The coverage: While Saudi Arabia’s Arab News has refuted the numerous reports about talks between Iranian and Saudi officials in Baghdad, Iranian media outlets are running with the story...