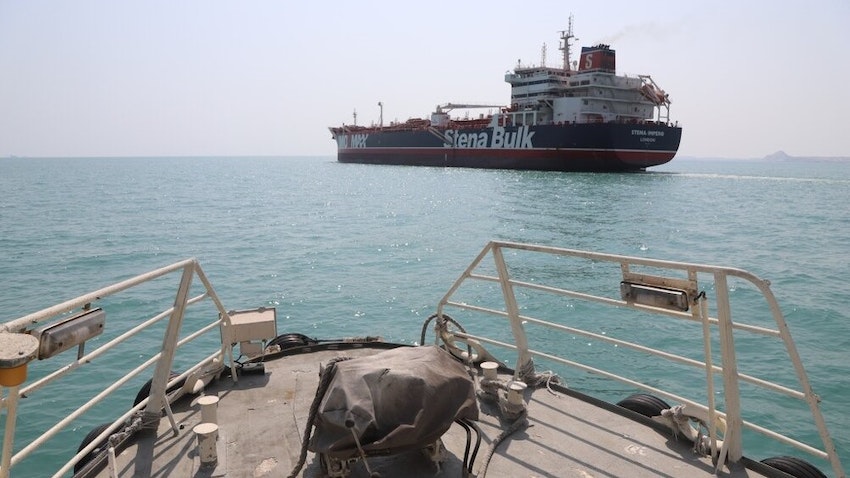 The UK-flagged tanker Stena Impero upon release off the coast of Bandar Abbas on Sept. 27, 2019. (Photo via Mehr News Agency)

The story: Iran and Greece have accused each other of “piracy” and “highway robbery.” The acrimony comes as the Islamic Revolutionary Guard Corps (IRGC) has detained two Greek tankers in apparent retaliation for Greece’s agreement to hand over Iranian oil aboard a seized Russian-operated tanker to the US.

The coverage: The IRGC announced on May 27 that it had seized two Greek oil tankers in the Persian Gulf...