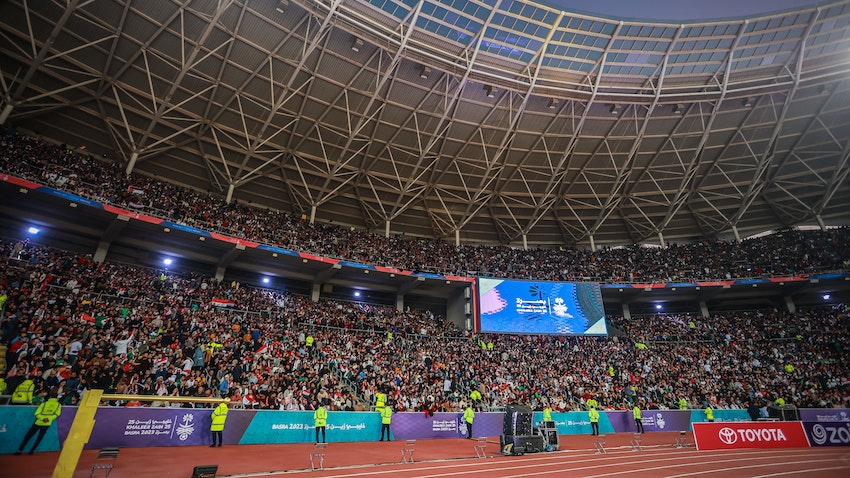 A view of the Basra International Staduim ahead of the 25th Arab Gulf Cup in Iraq on Jan. 06, 2023. (Photo via Getty Images)

The story: Controversy has erupted over the use of the term Arabian Gulf for a football tournament hosted by Iraq this year, with Iran slamming prominent Iraqi political figures for using what it refers to as a distortion of the waterway’s historically accurate name. The southern Iraqi city of Basra is hosting the 25th edition of the Arabian Gulf Cup (AGC). But despite Iranian condemnation and reports of some alleged organizational mismanagement, Iraq has received widespread regional support as host.

The coverage: Iranian Foreign Ministry spokesman Nasser Kanani on Jan. 9 slammed the use of the term Arabian Gulf for the football tournament as a “fake” name, saying that the correct term for the waterway is the Persian Gulf.